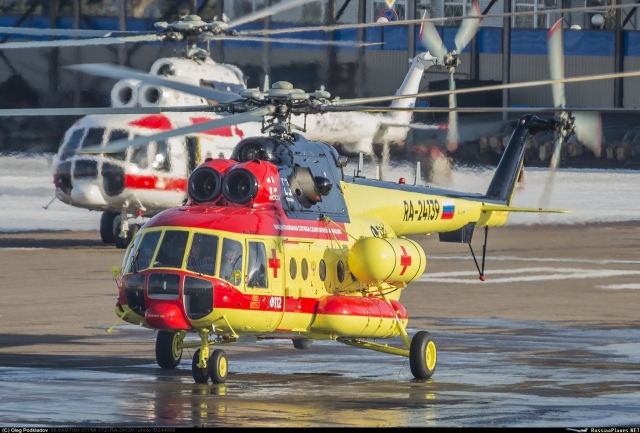 According to a report published on the Piter.tv web on 11 January 2021, the NSSA (National Air Ambulance Service JSC), an aviation contractor for the provision of medical care on the territory of the Russian Federation, will receive 132 leased helicopters.

The NSSA company, based in St. Petersburg, has already placed four corresponding orders, all of which will be carried out by a single supplier, the JSC Russian helicopters (part of Rostec).

The first two orders relate to the Ansat light multi-purpose helicopter, 74 machines in total worth 20.6 billion rubles (approx. USD 279 million), with the deliveries scheduled for 2021-2022 timeframe.

The supplier has already concluded contracts with PSB Avialeasing while the NSSA will be acting as a helicopter lease holder.

The last two contracts relate to the heavier Mi-8AMT type. While the commission has not yet completed its work with respect to the first batch of 29 helicopters, for the second batch the scheme will be the same as with the lighter Ansat type - 29 Mi-8AMT in the MEDEVAC version worth RUB 12.18 billion (USD 165 million), with deliveries in 2021/2022, supplied by the JSC Russian Helicopters, which shall sign an agreement with PSB Avialeasing.

The JSC National Air Ambulance Service company was created in 2017 on the initiative of Rostec State Corporation, which holds 50,1% of the shares. Their helicopters are on duty in all regions of Russia with the main role of MEDEVAC missions to medical institutions and inter-hospital transportation.

In February 2019, NSSA received the first four Ansat-GMSU with hydro-mechanical control system (registered RA-20024 to RA-20027, construction numbers 33098-33101) and four Mi-8AMT helicopters (registered RA-22846, RA-24139, RA-24148, and RA-24151, construction numbers 8AMT00643177704U, 8AMT00643187731U up to 33U). At that time it was stated that by the end of 2021 Rostec would supply the NSSA with 104 Ansat and 46 Mi-8AMT helicopters. However, due to protracted negotiations with leasing companies, the delivery of the helicopters have not commenced and the NSSA was forced to contract helicopters from third-party companies and airlines. Apparently, the conclusion of the final deal has been associated with the provision of state guarantees to PSB Avialeasing for the purchase of helicopters for the NSSA, issued by the Russian government in the summer of 2020. 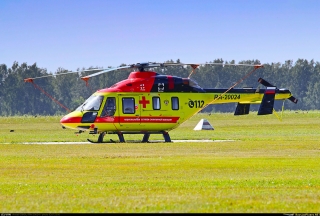 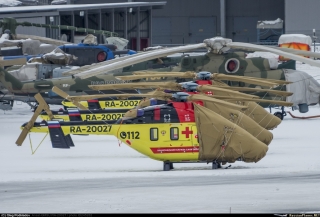 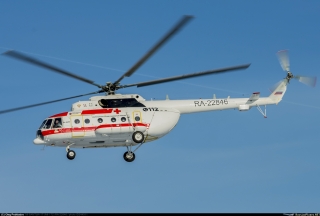 Photos: VVN and Oleg Podkladov, both kindly provided by RussianPlanes.net