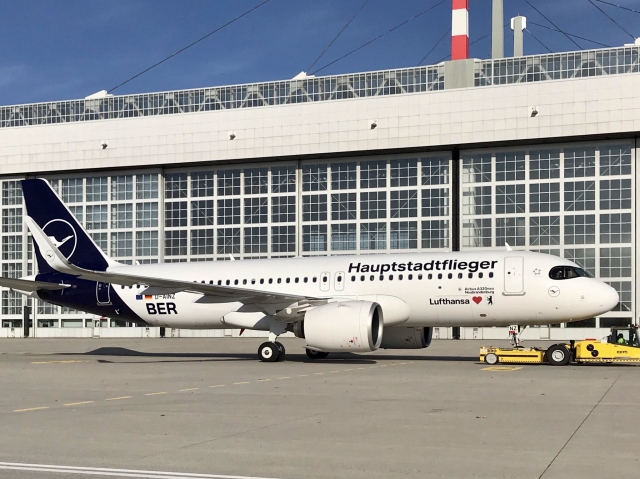 On 31 October, Berlin's new Brandenburger Airport was finally opened. For the occasion Lufthansa and easyJet carried out a parallel landing at the airport. To commemorate this highlight, Lufthansa has renamed A320neo D-AINZ into the "Hauptstadtflieger" and gave it additional large "BER'-stickers at the rear of the fuselage.

Brandenburger Airport is located at the old Schönefeld Airport. It uses one of the old runways, which got extended, and a newly constructed runway. The old SXF-terminal is now Terminal 5 of the new airport.

Originally Brandenburger was scheduled to open in November 2011, but severe setbacks during its construction prevented it. Issues with fire safety, automatic doors, air circulation and neighboring housing noise-isolation proved to be big challenges to overcome. It took billions of euros and nine years extra to solve the problems and finish the airport.

The new airport has a capacity of 30 million passengers per year, which could be increased to 50 million in the coming years if needed.