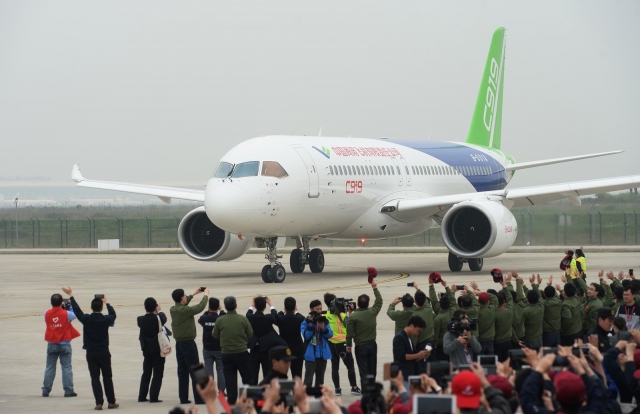 COMAC and China Eastern Airlines have signed a firm order for five C919s. It are the first firm orders for the type by China Eastern after both companies already signed a Letter of Intent back in 2019 (for both the ARJ21 as well as the C919).

China Eastern Airlines will put the aircraft into the fleet of its subsidiary OTT Airlines, which was specifically launched to fly China Eastern's domestic built aircraft. The C919s will be based at Shanghai and from there will fly to domestic destinations like Beijing, Guangzhou and Xiamen.