The coming months are usually the period of wildfires on the Southern Hemisphere as it is their summer season. With the devastaging effects of the wildfires early in 2020 in mind, it is therefore that the Governments of both Australia and Chile have already taken some precautionary measures.

They have contracted well known US aerial firefighting company Coulson Aviation to deploy a number of its aircraft to their countries. Three Sikorsky S-61N helicopters were already in Australia and in November these were joined by air tanker T-137, a Boeing 737 (N137CG), which flew across the Pacific to team up with the helicopters. Coulson will also have a Sikorsky S-76B in that country.

Soon two C-130 air tankers, T-131 (N130FF) and T-132 (N132CG), will arrive in Australia. They both recently received new livery, featuring a new paint design for the Coulson aircraft. In recent days Coulson loaded two CH-47D Chinooks (N47CU and N40CU) and a Black Hawk onto the car carrier ship ARC RESOLVE. It left the harbour of Galveston on 12 December 2020 to sail to Cartagena, Columbia. From there the helos will be transported (or most likely be flown) to Chile where they will assist the local firefighters. 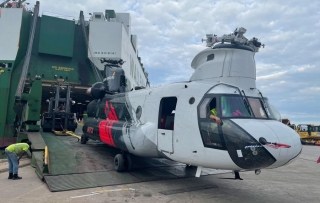 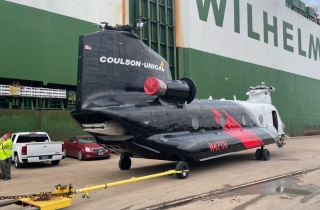 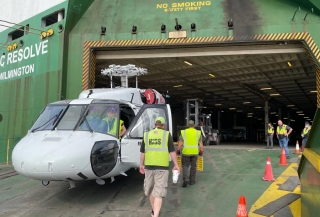