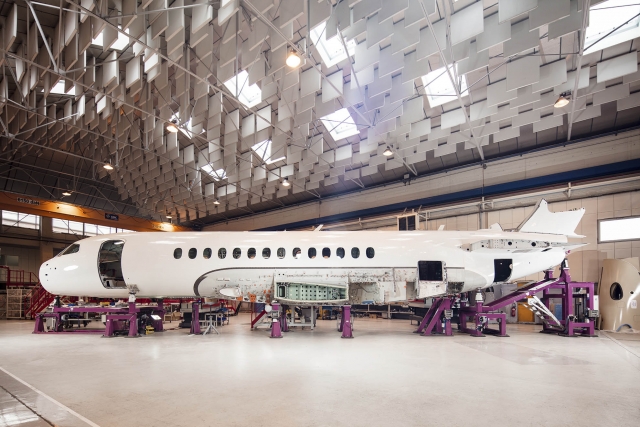 Dassault Aviation has confirmed its new jet, the Falcon 6X, will be rolled out on 8 December 2020. The first and second prototypes are already complete, with a third one nearing completion. The third example will be the first one with a full cabin to be able to test the related functionality.

The Falcon 6X was launched in February 2018 to replace the cancelled Falcon 5X. It was cancelled due to continuing problems with its SNECMA Silvercrest engines, which had caused multiple years of delay.