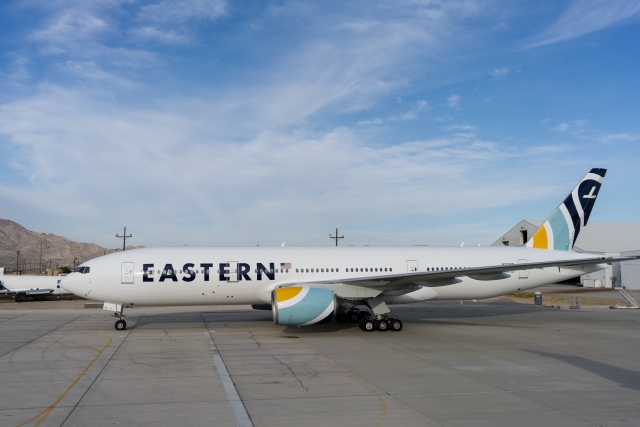 Eastern Airlines has launched Eastern Air Cargo, following-up on the airline's expansion plans as announced in February of this year. According to the airline's press-release, it has secured the feedstock for 35 B777s that will be converted into "Class e-cargo aircraft".

These Class e-cargo aircraft will be converted passenger to "phreighter" aircraft but with more permanent fixtures. Therefore, Eastern is pursuing a Supplemental Type Certificate (STC) from the FAA for these new variants of the B777. According to the airline's website, it will add B777-200EFs (EF stands for Express Freighter), B777-200EREFs and B777-300EFs to the fleet that will be converted to fully utilize "the entire volume of the main deck cabin to hold low-density, express freight cargo". Eastern hopes to receive the STC by the end of this year and operate its first Express Freighter in the first quarter of next year. The airline will offer general cargo sales, cargo charters, ACMI/wet-leasing and dry leasing.