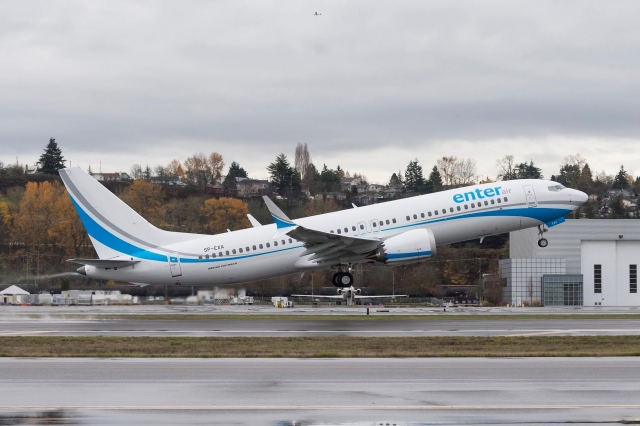 Next to a revised delivery schedule, Enter Air also expanded its order with two additional B737-8s. The airline also secured two options. The airliner originally ordered six B737MAX8s in 2014 of which two have been delivered so far.

The order for two additional B737MAX8s are the first MAX orders for Boeing this year. It is also interesting to note that in the press statement of Boeing, the manufacturer refers to the aircraft as the B737-8 for the first time. Before they only used the MAX8 name. Is this a sign Boeing decided to rebrand the plane, ahead of its recertification?