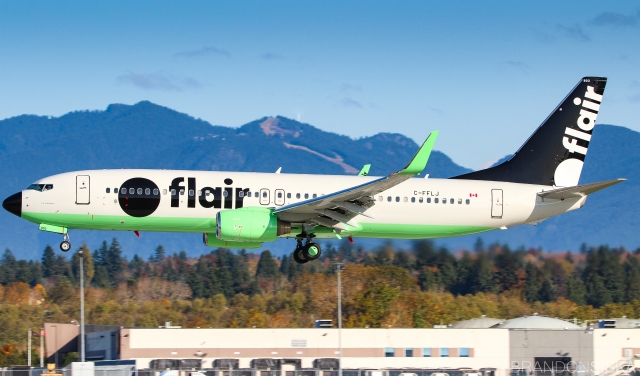 Ultra-low-cost-carrier (ULCC) Flair Airlines has announced it has signed a lease-agreement with their investor 777 Partners to lease thirteen B737MAX8s. The new planes are part of the airline's plan to grow the fleet to 50 aircraft in the coming few years. The first of the MAX is set to arrive in the coming months and Flair will, looking at the press-release picture, mark this moment by introducing a new livery as well.

The airline currently has a fleet of three B737-800s which it flies to eleven destinations out of its base at Edmonton.