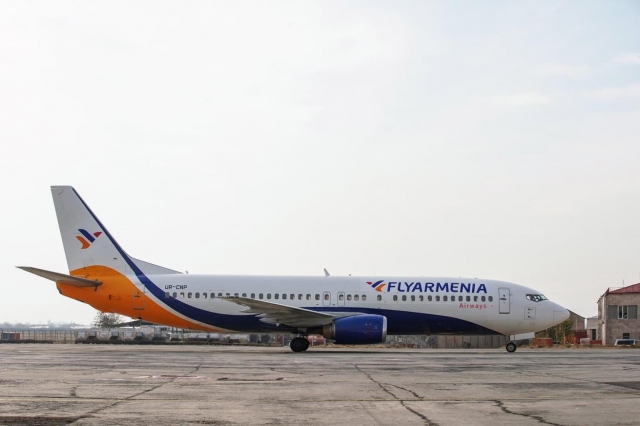 According to the airline's LinkedIn-page, Fly Armenia Airways is set to rebrand itself to Hayways, including a new logo and corporate identity. The new brand will feature purple and gold, colours that have, according to the airline, "Armenian historical roots. In Ancient Armenia tsiranin (nowadays, purple) was served as a color of Armenian Royal Dynasties coats of arms as a symbol of ancient culture and Armenian statehood. Royal purple and golden symbolize nobility, honesty, wealth, as well as a combination of spiritual and secular".

Currently, the airline's fleet consists of two stored B737-300s and one B737-400. The -300 ended up in the news in February after popping-up in Iran. After a lot of controversy the aircraft returned in April and Fly Armenia Airways had withdrawn its AOC to rethink its strategy.

Now, the airline is set to resume under the new name and is also looking to sell off the two classic B737s in favor of two B737-800s. The two new aircraft should be delivered to Hayways in the third quarter of this year. Once the airline launches it plans to connect Yerevan with Moscow, Novosibirsk, Rostov-on-Don and St. Petersburg.