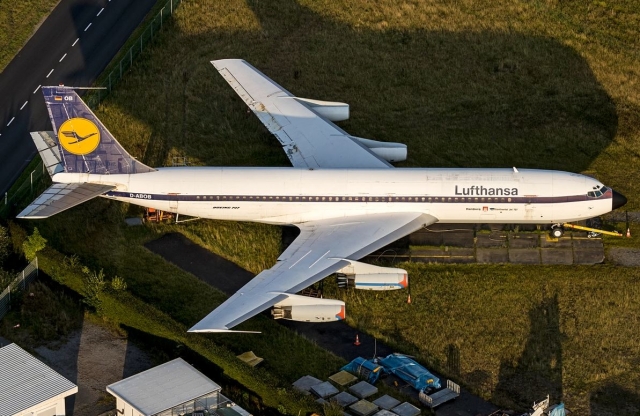 Hamburg Airport's display B707 to be scrapped

Sad news is coming from Hamburg Airport as its display B707 will be scrapped. The aircraft, B707-430 (17720) is painted in Lufthansa-livery and wears the fake registration D-ABOB. It has been on display at Hamburg since 1999, first in a red and white Hamburg Airport-livery, later in the Lufthansa colors. The airport tried to sell off the B707, but there were no interested parties. It will now be scrapped and pieces will be offered for sale.

This B707 was originally delivered to Lufthansa as D-ABOD on 24 April 1960. It was retired in December 1975 and used until 1999 as a real-life classroom for Lufthansa Technik. As planes became more advanced, the B707 became a too old object to learn from, hence the sell-off to Hamburg Airport.

Photo by Dirk Grothe, via JetPhotos.net.