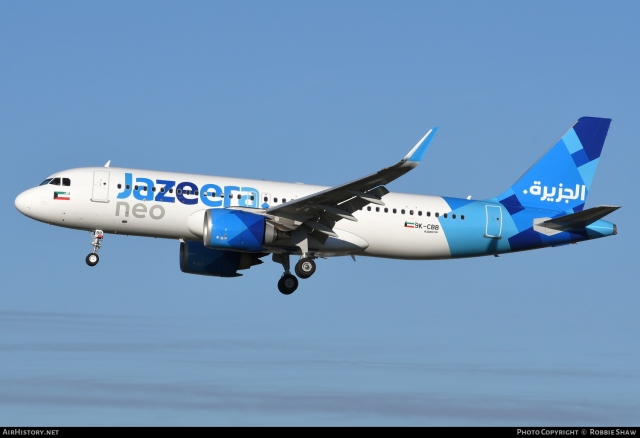 In the sidelines of its 2020 annual earings presentation, the chairman of Jazeera Airways has said to Reuters that the airline is considering an order for thirteen additional aircraft. The new order would be part of the airline's growth plan which foresees a fleet of 30 aircraft by 2025. According to the airline the moment to acquire new airplanes is now as prices for newly-built planes are low.

The airline specifically said it might look at so-called white-tails, aircraft that have been built, but have no customer lined up yet. Under consideration are the A220 and A320neo from Airbus, the B737MAX from Boeing and the E2 from Embraer. "It will depend on prices", according to the chairman, who also said that a new order could be placed directly with a manufacturer or a lessor.

At the moment, Jazeera Airways is an all-Airbus operator, having a fleet of seven A320s and six A320neos. The airline has further commitments to another four (leased) A320neos.