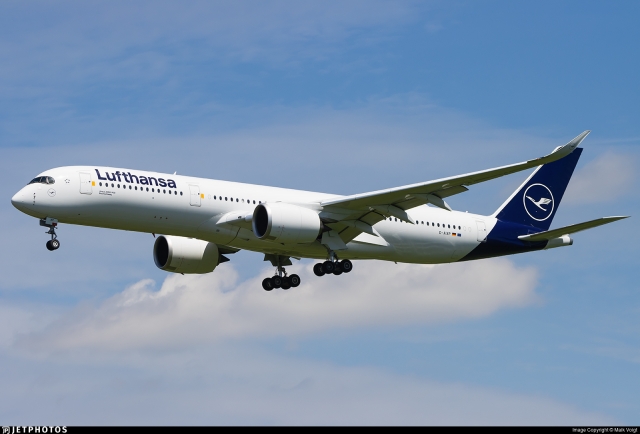 Airbus A350 D-AIXP (msn 390) made history for the Lufthansa Group, by completing their longest flight ever, from Hamburg, Germany, to Mount Pleasant, Falkland Islands.

Its purpose was to exhange researchers and technicians at the German Neumayer Station in Antarctica. For this time only the exchange happened at the Falkland Islands. The crew (four pilots, four technicians and ten flight attendants) and 92 passengers were already in quarantine before the flight, in order not to bring new cases to the British overseas territory (an archipelago in the South Atlantic Ocean on the Patagonian Shelf). The flight was carried out on behalf of the Alfred Wegener Institute (AWI).

The passengers continued their journey via the icebreaker 'Polarstern". Normally the based crew are flown to Russia's Novolazarevskaya Station via Cape Town, South Africa, from which they continue via a Basler BT-67 to Neumayer III Station.

However, due to the current Corona-pandemic all the usual options were not available, hence Lufthansa offered this alternative. This mammoth flight required special preparation. Not only the pilots required extra training, also the fuel supply at the Mount Pleasant military base needed to be monitored, for the return flight. In Hamburg the A350 was loaded with additional cargo and baggage, which is being specially disinfected, and remained sealed until arrival at Mount Pleasant. There are also containers on the plane for any residual waste on board, since this can only be disposed of when the plane arrives back in Germany.

The aircraft departed Hamburg at 21:23 yesterday, Sunday 31 January, landing at Mount Pleasant on runway 28 at 09:00, today, 1 February. The flight, which is also the longest flight to have departed Hamburg, clocked in at 15 hours and 36 minutes.

D-AIXP is expected to depart from Mount Pleasant on Wednesday as LH2575. Rather than returning to Hamburg, D-AIXP will fly to Munich, Lufthansa’s Airbus A350 base. The aircraft is set to arrive back home at around 14:00 local time on Thursday, 4 February. 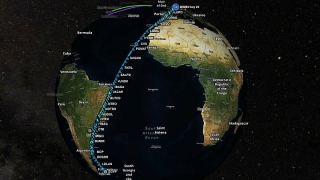