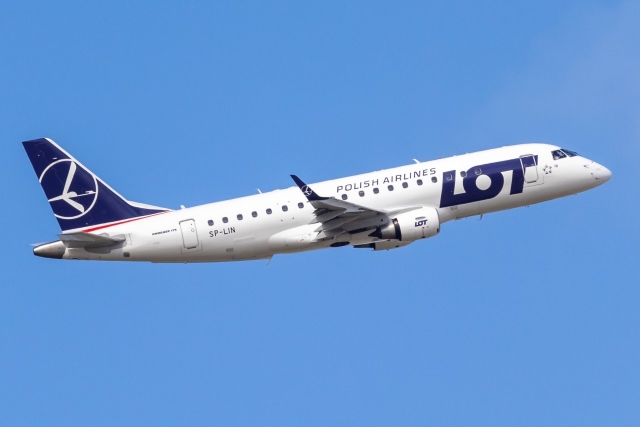 LOT closes in on decision for new regional jets

In an interview with the Polish-site of Fly4Free, the CEO of LOT has said that his company is nearing a decision on a large order for new regional jets. The announcement of the order is expected shortly and the airline will decide on an order of at least 50 Airbus A220s or Embraer E2s.

LOT will use the new regional jets to replace its current fleet of six ERJ170s, ten ERJ175s, four ERJ190s and fifteen ERJ195s. It will also plans to use them as replacement for its fleet of twelve DHC-8-400s, which the airline plans to start phasing-out next year.

Next to these regional aircraft, LOT is operating six B737-800s, five B737-8s, eight B787-8s and seven B787-9s. It has seven more B737-8s on order with lessors but is very unhappy with the grounding of the aircraft, the delayed deliveries and the lack of compensation by Boeing. Earlier, the airline already decided not to take delivery of two B787-9s due to delayed delivery. These are now stored at Victorville (CA). A final decision on accepting the seven MAXs is also still to be made.