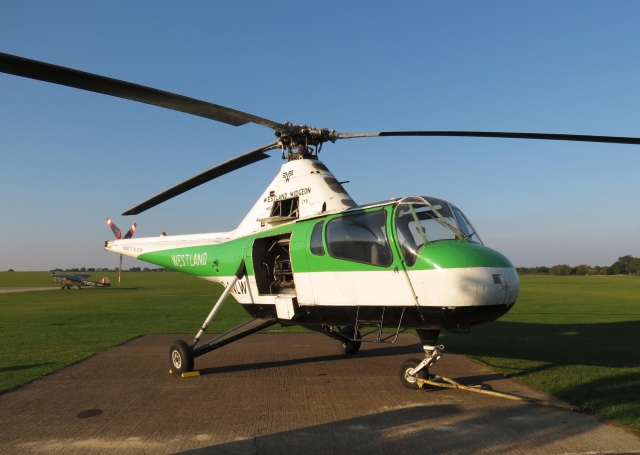 There may be a future for Westland Widgeon G-ANLW (construction number WA/H/133) which was built in 1954. It was permanently withdrawn from use on 15 November 2002 and became an exhibit at the Norfolk & Suffolk Aviation Museum, Flixton (UK).

It returned to its former base Sywell aerodrome in September 2015 to become part of celebrations for its operator, Sloane Helicopters Ltd. This company now seems to have decided to give it a second chance.

G-ANLW will be restored, and hopefully to airworthy condition, by Historic Helicopters of Chard/Crewkerne, who have done marvels with other helicopters before. The helicopter was partly dissembled and loaded on a flatbed trailer at Sywell on 21 September 2021.

The Westland WS-51 srs.2 Widgeon was an improved version of the Sikorsky S-51. Westland produced 149 examples of the basic S-51 model as the WS-51 Dragonfly for both military and civilian operators.

In the early Fifties the company decided to make a private venture improvement on the Westland WS-51 Dragonfly helicopter by increasing the cabin capacity and replacing the Dragonfly's rotor head, blades and gearbox with the units used in the Westland Whirlwind.

Only fifteen of these were built, three of which (a.o. G-ANLW) were converted Srs. 1s, while the remaining twelve were built as Srs. 2 from the start. 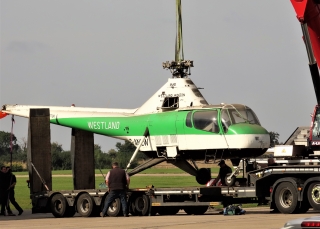 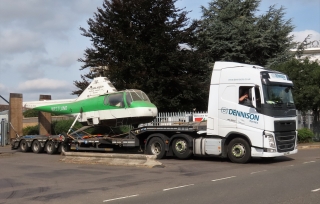