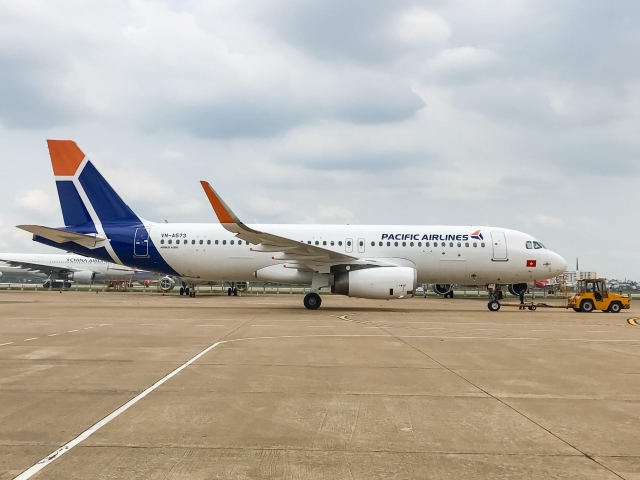 Pacific Airlines, the new (and old) name of Jetstar Pacific, today presented its new livery to the world. The first plane in the new livery is A320 VN-A573.

The rebranding to Pacific Airlines has been triggered after Qantas sold its 30% share to Vietnam Airlines, which now owns 98% of the shares of the company. Pacific Airlines became Jetstar Pacific back in 2008 when Qantas acquired the shares.

During the announcement of the rebranding, back in June, the press-statement said the new livery and logo would be inspired on the Vietnam Airlines-livery. We at Scramble had, therefore, high hopes and are a little bit disappointed in the final result.