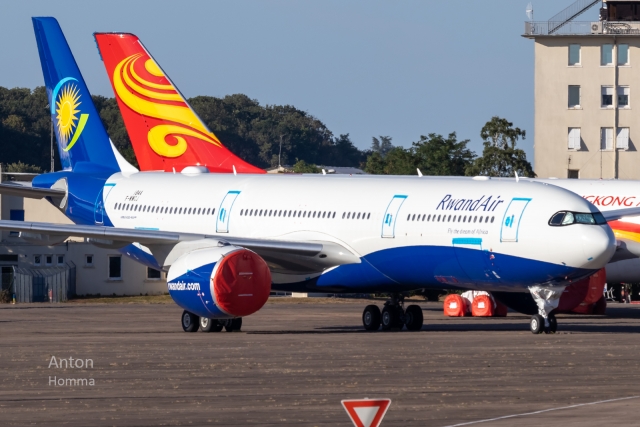 RwandAir has decided to cancel their planned leases for two Airbus A330-900s and two B737MAX8s. The decision has been made as the airline wants to rationalize the fleet and is working on a strategic fleet plan together with their planned new partner Qatar Airways.

The airline had agreed the leases for the A330neos with Air Lease and for the B737s with SMBC in 2018. Both A330-900s have already been produced and are currently parked in full livery at Chateauroux and Toulouse waiting for the things to come.

RwandAir currently has a fleet of twelve planes, consisting of one A330-200, one A330-300, two B737-700s, four B737-800s, two CRJ-900s and two DHC-8s. It signed a memorandum of understanding in February with Qatar Airways in which the Middle-East carrier was to acquire 49% of the shares. The finalization of this agreement is currently being worked on.