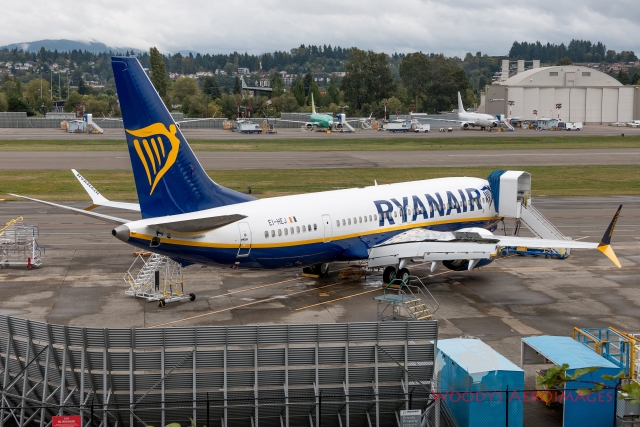 Ryanair in talks about more MAXs

In an interview with the Mail on Sunday, the CEO of Ryanair has said the airline is in discussion with Boeing about a potential order for 100 B737-10s. The additional MAXs should be delivered from 2026 onwards.

Despite the interest in more B737s, Ryanair is also quite frustrated with Boeing as the manufacturer needed to halt MAX-deliveries again after it found electrical wiring issues. Although the issues have been resolved and deliveries have resumed, the additional delay means the airline will take later delivery of its first MAX200s than planned.

Last December both companies announced they signed an additional order for 75 MAX200s, the special adapted version of the MAX8 able to carry up to 200 passengers. Ryanair today has a total of 210 B737-8200s on order, which it hopes to have received all by end 2024.

The airline hopes to finalise the deal for the MAX10 before the end of the year. If signed, the B737-10 will be the largest airplane in the Ryanair-fleet with a capacity of 230 passengers.

In other news, the airline group announced it will phase-out its fleet of 29 A320s in use with subsidiary Lauda Air. The phase-out is set to begin in the winter-season of 2022 and will take until 2024. The move comes as the airline now wants to consolidate its fleet around the B737 after posting a loss of almost 815 million euros over its last fiscal year. Previously, Ryanair wanted to keep the A320s in order to be able to keep leverage on both Airbus and Boeing when discussing new aircraft orders.