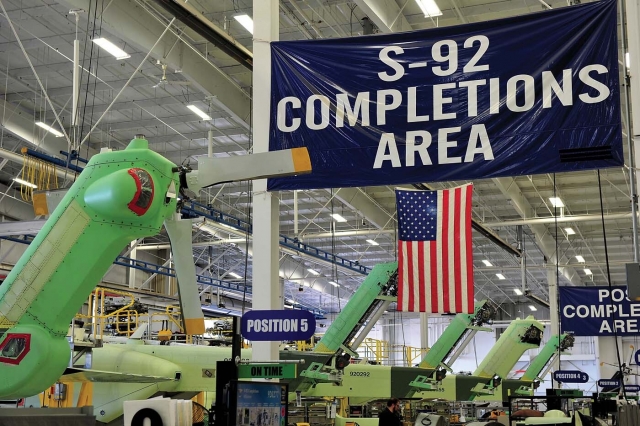 Lockheed Martin confirmed that it will close Sikorsky’s manufacturing facility in Coatesville (PA) in 2022. Coatesville houses the final assembly lines (FALs) for the Sikorsky S-92 and Sikorsky S-76.

According to Lockheed Martin, the assembly lines would move to the Sikorsky facilities in Stratford (CT), West Palm Beach (FL) and Owego (NY). It was not mentioned which FAL would move to which location.

Just over a decade ago, Sikorsky moved the S-92 FAL to Coatesville from Stratford. The facility spans more than 416,000 square feet, including 217,000 square foot Heliplex where Sikorsky commercial assembly lines and the well-equipped production test flight and delivery center are located. At its peak, the facility had over 1,000 employees, but staff numbers have been reduced over the years by a series of cuts.

With the closure of the Coatesvill facility, more than 240 staff set to lose their jobs.