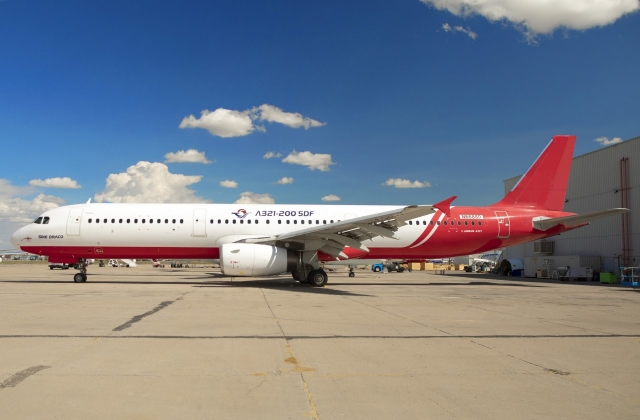 Sine Draco Aviation, an US and China-based company, has started induction of the prototype A321 for its passenger to freighter conversion programme. The aircraft involved, which will be dubbed A321-200SDF (Sine Draco Freighter), is N668SD (963) and was previously in use with AtlasGlobal. The A321 is being converted at Ascent Aviation in Tuscon (AZ).

The company is aiming to get FAA Supplemental Type Certifcate approval in the third quarter of 2022. Sine Draco is the third company offering A321-conversions, after Airbus/EFW and Precision Aircraft.

It's currently unclear if the company already secured customers for its A321-200SDFs.