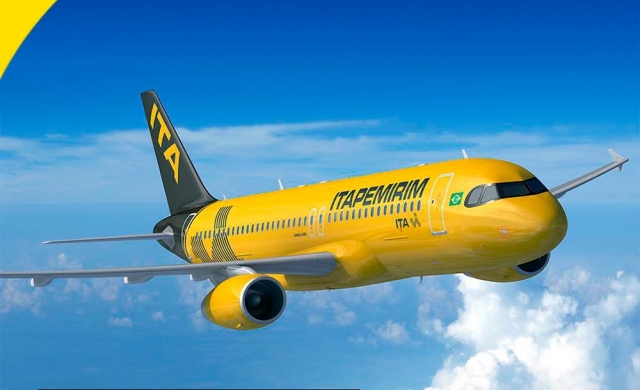 Brazilian start-up Itapemirim, or ITA Transportes Aéreos has taken delivery of its first aircraft. The A320, PS-SPJ (2589) arrived at Natal on 20 February. It still featured the livery of Vueling where it previously flew as EC-LQK. In the coming days it will be ferried to Sao Jose dos Campos for outfitting and painting in the bright yellow livery of the new airline.

The airline is planning to fly up to nine A320s with more aircraft due from next month onwards. ITA hopes to launch commercial flights from March and is initially going to serve Brasilia, Belo Horizonte, Sao Paulo and Vitoria Goiabeiras. The homebase of the start-up will be Sao Paulo-Guarulhos.

According to an interview given by the airline's CEO, Itapemirim is also planning to move into the cargo-flying business by adding up to five "large freighters" in the second half of this year.