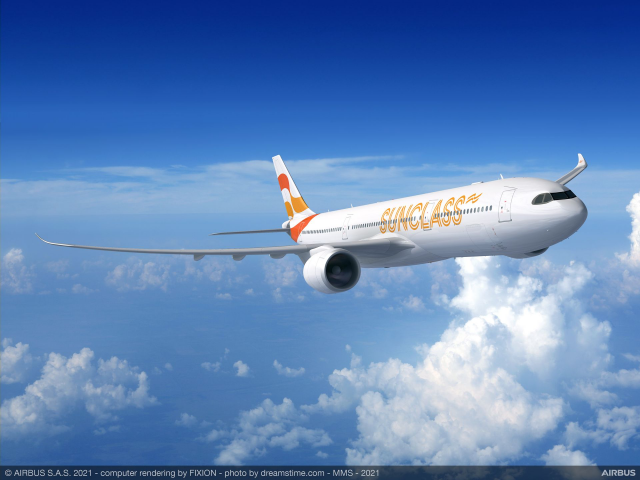 Sunclass Airlines signs lease for A330-900

Ving AB, the Swedish tour operator, has announced that it has signed a lease-agreement with Air Lease Corporation for one A330-900 that will be placed at its Sunclass Airlines subsidiary. It's planned for delivery in the second half of next year. The airframe involved is F-WWYY (1981), which was originally destined for XL Airways France, then for STARLUX Airlines and now for Sunclass. It was ferried back to Toulouse after a stint of storage at Chateauroux on 19 August and has since then conducted various test-flights.

Sunclass Airlines, which was launched in 2019 as the successor of defunct Thomas Cook Airlines Scandinavia, is registered as a Danish airline but operates out of the major Scandinavian airports Copenhagen, Helsinki, Oslo and Stockholm. It currently has a fleet of eight A321s, one A330-200 and one A330-300. Both A330s are already 22 years of age.