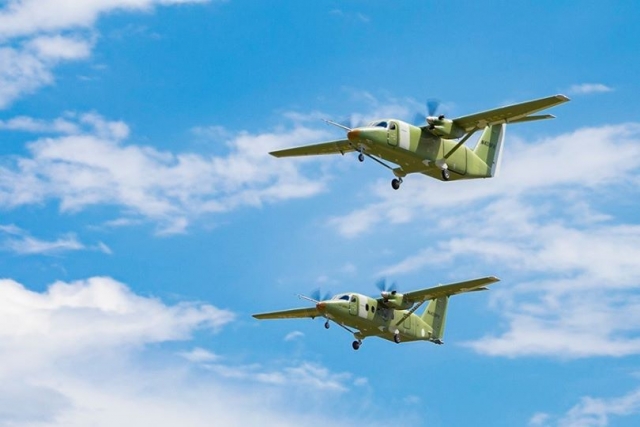 On 11 August 2020 Textron Aviation announced the successful flight of its second Cessna 408 SkyCourier flight test aircraft (P1). The milestone flight for the high-wing, large utility aircraft comes just two-and-a-half months after the prototype Cessna SkyCourier first took to the skies on 17 May. P1 is the first conforming production flight test aircraft and is the first airframe configured as a freighter.

The first flight of P1 (N408FR, the one in front on the picture) lasted one-hour and 35-minutes, reaching a maximum altitude of 14,200 feet with a maximum speed of 210 knots. The aircraft will be used for the flight test programme, primarily for systems testing, including propulsion, environmental control and avionics.

The aircraft joins the Cessna SkyCourier prototype N408PR in the flight test certification programme, which will include three variations of flying aircraft. Since the Cessna SkyCourier prototype completed its first flight in May, the aircraft has successfully completed 38 flights and logged more than 76 flight hours. Through the flights, the team has been able to expand speed and centre-of-gravity envelopes, complete preliminary engine and propeller tests, as well as initial stability and manoeuvrability tests.

The SkyCourier will be offered in various configurations including a 6,000-pound payload capable freighter and a 19-seat passenger version.