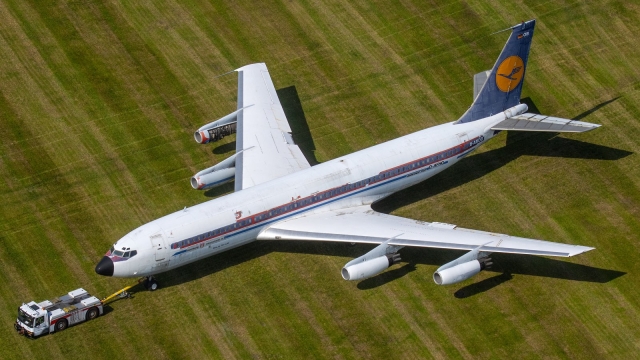 The sad end of a Lufthansa 707

The members of the Verein zur Rettung der Boeing 707 D-ABOD (Society for the Rescue of Boeing 707 D-ABOD) did all they could to save this former Lufthansa jet at Hamburg Airport. Despite their strong efforts the fate of the last 707 in Germany is determined: it will be scrapped from 10 June 2021. One day earlier, the classic jetliner was towed away from its parking spot at position 65 near the Firebrigade and brought to position 48 for scrapping.

Boeing 707 D-ABOD (c/n 17720/115) is the last of a generation. It was delivered to Lufthansa as Frankfurt on 24 April 1960 and flew for the company until 30 November 1975. It was then used for the training of future aircraft technicians until 1999.The authorities of Hamburg Airport then acquired the plane for only one Euro! Since then the jetliner has been used in several movie pictures.

In the past months the Verein started a Crowdfunding action to raise money to preserve the Boeing. Money needed for the restoration and transportation to a new location, off the airport. But despite the fact that they had gathered a fair amount of money, the necessary time (12-18 months) was not granted.

It seems the Hamburg Airport authorities were a bit in a hurry to clear the premises: according to information supplied by the Verein zur Rettung, the successor for the place is practically in waiting position. This will be former Lufthansa Technical Training Machine Boeing 737 (ex D-ABIA) Greifswald. The space is apparently subject of a contract between the Airport and Lufthansa Technical Training and this contract needs to be respected.