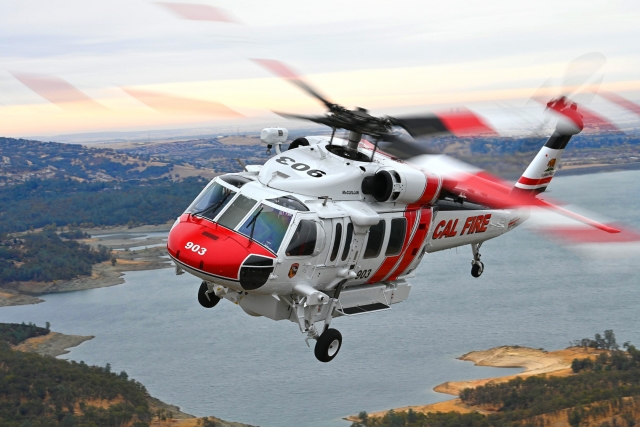 United Rotorcraft has ordered five S-70s with Sikorsky. The five Black Hawks will be converted by the company into Firehawks and then sold on to end users. The first of the new helo's is destined for the State of Colorado. The S-70s will be produced at PZL Mielec in Poland and delivered between early 2022 and mid-2023.

The S-70 Firehawk modifications contains a 3,785 litres external water tank attached to the underside of the fuselage. With additional "fingertip controls", it enables the pilot to drop large amounts of water with high precision. The watertank can be refilled by a retractable snorkel in 60 seconds while hovering three meters above a water source. Further modifications are done in close cooperation with the end-users and can include a special cabin to carry up to twelve firefighters, search-and-rescue equipment etc. United Rotorcraft is currently the only company offering the modified Black Hawk.

So far, thirteen S-70s Firehawks have been delivered by United Rotorcraft, all to end-users in California and operated by CalFire, the Los Angeles County Fire Department and the San Diego Fire & Rescue Department.