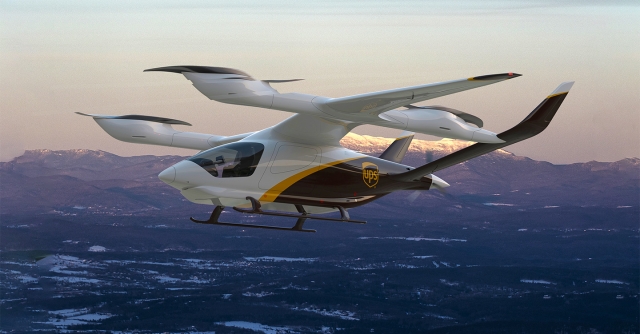 UPS plans to purchase up to 150 eVTOLs from Beta Technologies

UPS has announced it has the intention to purchase up to 150 electric vertical takeoff and landing (eVTOL) aircraft from Vermont-based Beta Technologies. UPS expects to take the delivery of the first ten in 2024.

Beta Technologies is currently busy developing the ALIA-250, which will be offered in a five passenger-version and a cargo version that can carry a load of 635 kg. The prototype already, quietly, had its first flight and is now in the process of flight-testing. The aircraft will have a range of up to 400 km and can be fully recharged in 50 minutes. Beta Technologies is also developing rapid charging stations, which can also accomodate crew, be used as a maintenance hangar but also charge electric vehicles.

UPS plans to use the ALIAs for time-sensitive deliveries and as the aircraft can take-off and land vertically, UPS plans to deploy the aircraft and charging station at its own facilities instead of airports.