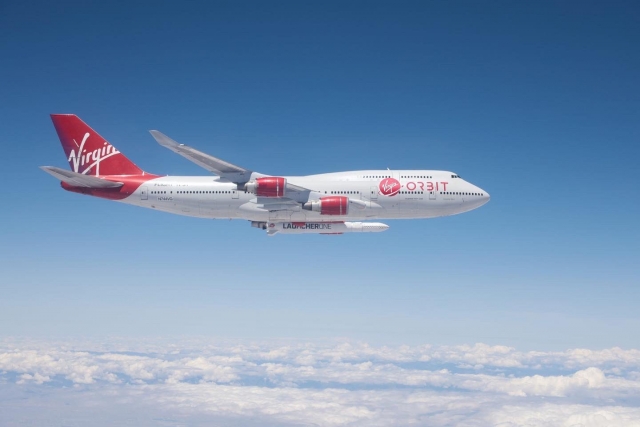 One of the duo will be modified by L3 Harris Technologies to act as a second airborne launch platform. Delivery to Virgin Orbit is expected to be done next year. The second aircraft is most likely to act as a parts donor. Which airframe will be converted is currently unknown.

Virgin Orbit was founded in 2017 and is using Boeing B747-400 N744VG (32745), named Cosmic Girl. The company has developed a rocket, called LauncherOne, which is brought to a very high altitude and then launched into the upper atmosphere with the goal to deliver small sattelites into a sun-synchronous orbit. The first succesful launch of a LauncherOne occured on 17 January 2021, deploying ten NASA CubeSats.