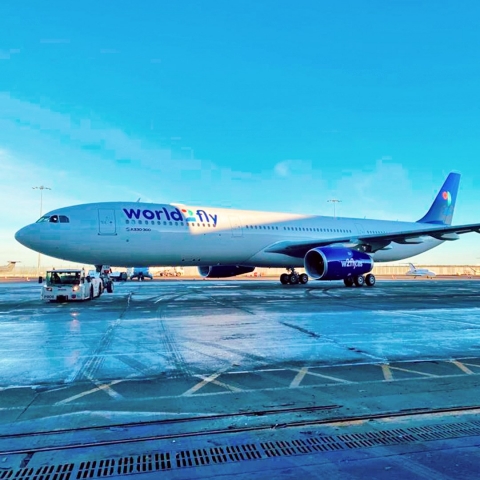 On 9 January, Iberostar's own leisure airline, world2fly, took delivery of its first aircraft, A330-300 EC-LXR (1097). The aircraft arrived at Barcelona after being painted in the airline's livery at Dublin.

world2fly will deploy its new toy from Spring and will connect Spain with destinations in Cuba, Dominican Republic and Mexico. Originally, the airline planned to start operations with a single A350-900 and signed a lease-agreement for it. The airline, however, decided to snag up this A330 as it was available sooner and cheaper. But don't worry, the A350 is still to arrive as its second aircraft later this year.