US military aircraft will be absent from the flying display at this year Paris air show, although show organisers are holding out hope that the Bombardier CSeries would make its major show debut at the event.

Show organisers also do not expect an appearance by the Lockheed Martin F-35, they told reporters today at a press briefing in Washington DC.

While the Russians have been invited for the Paris air show, show organisers have not received any requests for Russian aircraft to feature in the flying display, says d'Arcimoles.


Info was published about this years Le Bourget (Paris) Airshow. The US will be present on both the ground as in the air (no F35 as previously mentioned).

The Pakistan Air Force will send their JF17 Thunder

to Paris (flying and static) and Airbus will send an Airbus350.

The Russians will also be present at Le Bourget with several aircraft for both static and flying display.

First is the number of high profile aircraft, both flying and on the ground.

On this count, visitors this year will have plenty to write home about, on the civil side at least, with debuts from the two variants of Bombardier’s CSeries,
a first Paris flying display from the Airbus A350 and a probable maiden appearance in the skies from Dassault’s new flagship business jet, the Falcon 8X.

While US military aircraft programmes – including the Lockheed Martin F-35 Lightning II – will be absent from the flying display,
this year’s show will mark a return, to the static exhibition area at least, by the US Air Force, with a contingent of up to a dozen types.

Airbus, which also will have its A380 on display again, works with its customers to time announcements during both Paris and Farnborough in particular.

Boeing insists it refuses to play the count-the-tally game, opting only to participate in announcements if its airline clients specifically wish.

Bombardier will be very much in the spotlight – and not only for the reason it might have hoped.

The Canadian manufacturer – which will debut the CS100 and CS300 at Paris ahead of the CS100’s planned year-end certification – will be able to thrust its troubled narrowbody programme centre stage.

However, unless the airframer – which is also showing its CRJ1000 regional jet and Q400 turboprop –
has a major order up its sleeve, executives will be bombarded with two questions: where the next customers for the Pratt & Whitney PW1500G-powered CSeries are going to come from, and the future of the entire Bombardier business, hit financially by the cost of the programme.

Embraer – which chose Paris 2013 to launch its re-engined and re-winged E2 E-Jet family – will have only an ERJ-135 on show.

The only other new regional jet contender to have an aircraft in service, Sukhoi Civil Aircraft, will again display its Superjet 100 with partner Alenia Aermacchi.

The Italian company’s other co-venture, ATR – which it owns with Airbus – will have an ATR 72-600 at Paris.

Japan’s Mitsubishi has a chalet presence, but its Mitsubish Regional Jet is not due to fly until later this year.

An exception is Textron AirLand, which will be exhibiting its Scorpion low-cost close air support aircraft that has still to find a buyer.

Back on the military front, France’s flagship fighter naturally will play a prominent role.

Fresh from its latest export success in Qatar, Dassault will display the Rafale in both its C and M variants.

The French military will show two of its Rafales, as well as a Dassault Mirage 2000.

After a fatal crash on 9 May in Seville, there are question marks over the Airbus A400M, also scheduled to be there.

Other military aircraft are few and far between, with the Pilatus PC-21 single-engined turboprop trainer an exception.

A rare highlight could be the JF-17 fighter, developed jointly between China’s Chengdu and Pakistan Aeronautical Complex, making its first appearance at Paris.

Although the organisers say “all the Russian companies” have booked chalets or exhibition stands,
this year’s show is unlikely to see a repeat of 2013,
which featured the first Western appearance of the thrust-vectoring Sukhoi Su-35. Political tensions over the Ukraine situation could also play a part.

Ironically, other than the Sukhoi Superjet, the type from the former Soviet Union likely to get most attention could be the newly-flown Antonov An-178 military and civil transporter from Ukraine.

As well as the probable debut of its Falcon 8X, the St Cloud-based firm will show its other three in-service jets, the 900LX, 2000S, and the 7X.

General aviation, multimission and utility aircraft also make a strong showing, with three aircraft from Austrian airframer Diamond,
including its new DA62, as well as the Pilatus PC-12 and RUAG Aviation’s Dornier 228.

France’s Daher will be displaying its TBM 900 single turboprop for the first time at Paris.

Le Bourget is to get these statically displayed American military aircraft...


Let them know that #EUCOM aircraft and personnel will represent the United States at this year's Paris Air Show June 15-21.

AIRBUS A350 Coopération
Internationale
A380
E-FAN

QATAR AIRWAYS A320 Qatar
B787 DREAMLINER

All,
at Twitter stated by the organizers just now!;
http://www.twitter.com/salondubourget/s ... 94/photo/1

The "Chinese F-16" ? They certainly managed to keep that appearance a secret rather well...

So, apart from the JF-17 no other Chinese jetfighter at Paris...

I think they mean 10 days left before the opening..
Top

Tomorrow the J-9 will be announced

flown in: Things with wings
Top

Has anyone any experience with the arrivals?! Any chance to take decent shots from the outside!? Which days "might" be the ones, with the most arrivals!?
Thx a lot!
http://www.mba-photography.de
Top

This year my first time at le bourget airshow.

One question,is it allowed to bring a chair like this to the show? 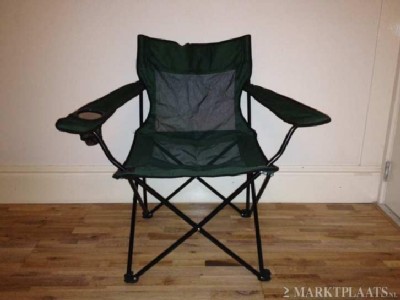 Dutch/Belgian airshows no problem,but when we visited ila Berlin next year,they were forbidden.

How is the status in Paris?
Top

Tigerspoon wrote:Has anyone any experience with the arrivals?! Any chance to take decent shots from the outside!? Which days "might" be the ones, with the most arrivals!?
Thx a lot!

Some aircraft only take part for a reasonable part of the Salon and won't stay the whole week, sometimes only for the customer/business days. You might also expect some VIP aircraft with delagations on board during the week days.

For spotting and/or taking pictures from outside, I would like to direct you to the airfield guide: http://www.scramble.nl/airfield-guide/paris-le-bourget
Kind Regards / Groeten,