The Breeder's Cup is in San Diego this year, which means lots of horses flown out to KSAN and sometimes, LAX. With the worldwide demand for cargo aircraft, the horse racing association had to pull some string but finally arranged 2 dedicated FedEx flights to deliver ~60 horses from Memphis and Indianapolis. The article leaves out the most important piece of info, the TYPE of aircraft they'll be using. Video from FedEx on youtube shows them using an MD-11 a couple years ago to fly horses from Belgium. When regular cargo planes are used, the horses do not walk on/off them themselves, they are loaded into standard cargo containers modified into horse stalls and a scissor lift is used to put the containers aboard.

The first time we had the Breeder's Cup, horse transport company Tex Sutton made extensive use of its dedicated 727-200, Air Horse One. The plane was owned and operated by Kalitta and leased by Sutton. Horses could walk on and off a special ramp directly into the plane. Pilots were trained to the special demands of horse transport, the cabin needs to be kept cooler for the horses, and approaches and departures had to be flown at shallower than normal angles. Apparently horses become very skittish if flown at negative G, or if departures are too steep, or turns were too tight. 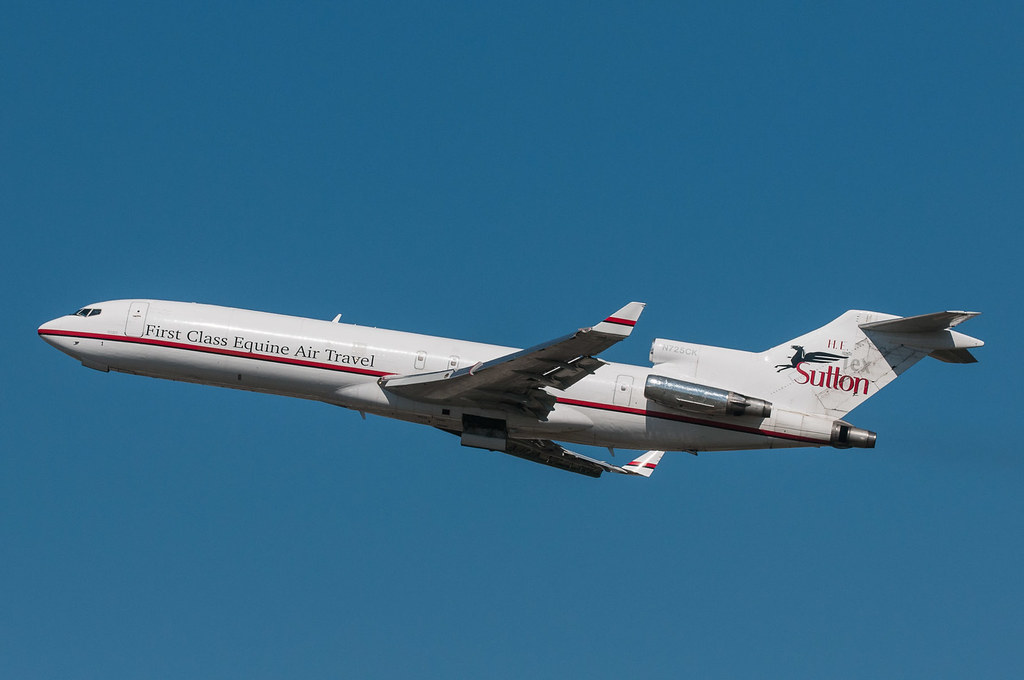 Air Horse One leaving KSAN in 2017

After a collision between a truck and Air Horse One back in the Spring, Kalitta and Tex Sutton sued each other, AND the long-term lease ran out; so it is very unlikely that the 727 will be seen here for the Breeder's Cup. Sutton is attempting to secure another long term lease with another company, but that takes months for modifying the plane and then securing FAA approval.
https://www.flickr.com/photos/18842924@N03/
Top

Looks like the Sunday flight will be FDX9750, using a 767-300. Too bad, I was hoping for a FedEx 777, we don't normally get those here. Maybe the Monday flight from Indianapolis will use one.

Yeppers, it was A6-GGP. Always nice to see the Queen of the Skies at KSAN. After landing they immediately unloaded some air freight containers out the side cargo door, had to be horses. Getting a good, unobstructed view of the north side cargo area is a bit tricky, so I didn't catch where the scissors lift took the container. Probably have the pix up tomorrow or Monday at the latest.
https://www.flickr.com/photos/18842924@N03/
Top
Post Reply
4 posts • Page 1 of 1