That is planned, yes!
Top

But not yet decided. The German industrial lobby is trying to prevent this scenario. Their goal, only Typhoons being ordered.
flown in: Things with wings
Top

The German aerospace industry is not in the condition to go past the Luftwaffe decision to fly two different fighter types at any given time.

As I read it, the deal would be for 30 Supers and another 15 EA-18G Growlers to replace the Tornado ECR.

They can certify Supers or Typhoons fairly easily to carry the B61s, so I don't think that will be the deciding issue.

What is Airbus putting up to take over the electronic attack mission?
https://www.flickr.com/photos/18842924@N03/
Top

SBGrad wrote:What is Airbus putting up to take over the electronic attack mission?

EADS pitched a SEAD/ECR-version of the Typhoon, which would have to be developed first. AFAIK, the Growler is the only off the shelf solution on the western market.
Greetz,

But there was also a plan to buy Globals for long range Electronic Warfare aircraft which should work together with the Growler squadron. Should be ordered instead of the failed drone aquisition
flown in: Things with wings
Top

Please note that Der Spiegel is not known for their high quality of aviation news...

However this article seems to be correct as more information emerged today in the German news. The minister wrote an email confirming the 45 F-18s. However she has no approval by the coalition partners in this case. Furthermore the Federal Parliament needs to give their approval as well. We´ll see how this story continuous.

Apparently the unwillingness of the Social Democrats will be the big stumbling block. Part of the SPD want to withdraw altogether from the nuclear role and wants to see all nuclear bombs withdrawn from German soil. And as they are a coalition partner this might just end up in the fall of the current German government if the defence minister has pushed this order through without a majority.
Top

The decision for buying the F-18 will at last make the Bundestag and this could unfortunately happen after the next Bundesstag elections in autumn 2021. So many things could change until then.

If they decide for the Super Hornet/Growler, the 15 EA-18G plus 3-5 FA-18F (with twin stick for training etc.) could go to Jagel and the rest to Büchel. Perhaps the ex-UAV Hangar will accomodate the new ELINT Gobal Expresses.

Indeed a political debate in sight

This is how it could look like. Serial is based on nothing 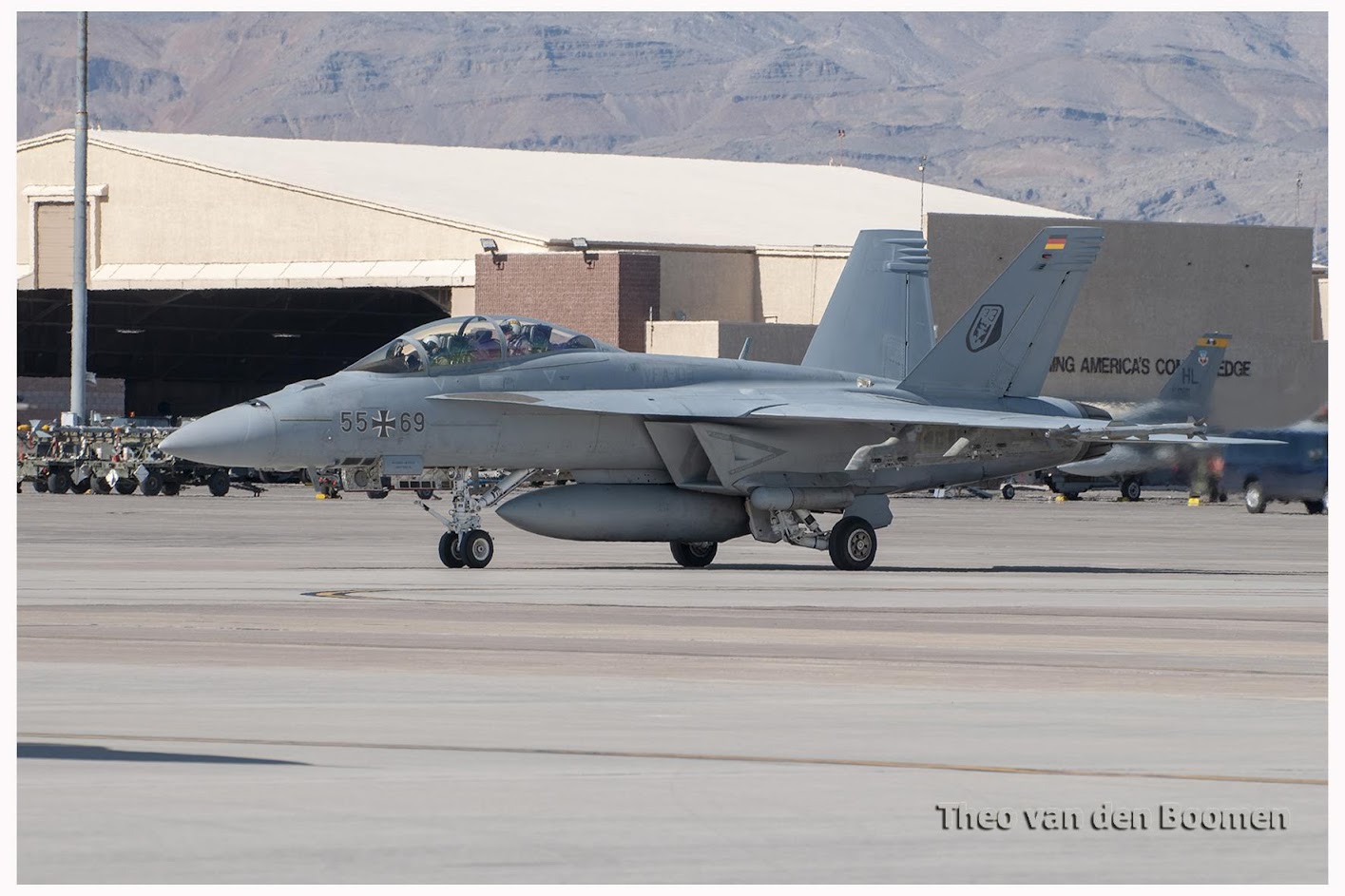