Have a look here: https://www.natotigers.org/tiger-unit/12deg-gruppo
Top

I did. It took me some time but finally I found what I was looking for: 351 Tiger flight

Thx for the answer.
Top

During the second spotters day on Monday at KeeBee I saw a special paint Belgian F-16 on the far side. At the time I assumed this was 'Dark Falcon" FA101, as the colours seemed to match and it had disappeared from the static where it was on Saturday. But I made a (very blurry) picture of it, and now I see the tail is different. The striping on the fuselage seems to match, but the rudder deosn't have the black and white striping FA101 has.
A search on the www didn't yield any candidates yet. Anybody who knows more? I don't need any active Belgian F-16s, but I hate gaps in my log

But seriously: I have a same sort of picture, from its 4-5 o'clock, and it matches FA-101 perfectly. It think details on Dark Falcon's tail were changed a few times and both sides differ from each other of course. Could that explain it?

I thought the same at first, like I said, but on my blurry picture there clearly is a totally different pattern on the tail. no horizontal white and black stripes on the rudder, but also the front part of the tail is different. My picture is from the 7 o'clock position by the way. Maybe we are talking about another aircraft? "Mine" was parked next to a building on the far right, where the flying Belgians came from (plus the Italians and french).
Cheers,

As the saying goes: "a picture says more than a thousand words"... Therefore, would it be possible to post both pictures here? Blurry and all? I agree with Key BTW: the current scheme for FA-101 does not have the horizontal black and white stripes on the rudder, and a totally different image on the tail as well. Initially, it had the stripes and the falcon (the bird) on the starboard side, but now has an F-16 there with the text "Serving over 40 years". In 2019 it had a falcon's head (the bird) on the port side, without stripes, which replaced the full scale falcon (with stripes) from 2018. In 2021, it carries the image of an F-35A and the text "flying to the future" on that side (again, without stripes...).
Frank Kramer

Ah, ok, it could well be possible I compared to an old version. I did notice there have been many different schemes for FA101 and I thought I compared it with the most recent one, but now I see I didn't. So I guess it was FA101 after all....
I don't know how to post a picture by the way, I can send it to you if you can put it on the Messageboard? But I think it won't be necessary anymore anyway.
Cheers,

On a side note, anyboy who knows the story behond the 'serial' LB-061 that has been put on former Dutch AF J-624? This is the instructional airframe that was on display on Saturday. I presume it is no random choice, just curious what it stands for

patrick dirksen wrote: ↑25 Sep 2021, 17:36 On a side note, anyboy who knows the story behond the 'serial' LB-061 that has been put on former Dutch AF J-624? This is the instructional airframe that was on display on Saturday. I presume it is no random choice, just curious what it stands for

Maybe a loadtrainer for the A-bomb B61-12

I’ve read somewhere it stands for “Luchtmacht Bewapening” or something like that. For the 61, I think TF-104G is “on target”
flown in: Things with wings
Top

patrick dirksen wrote: ↑25 Sep 2021, 13:54My picture is from the 7 o'clock position by the way. Maybe we are talking about another aircraft? "Mine" was parked next to a building on the far right, where the flying Belgians came from.

I'm actually sure it was Dark Falcon: 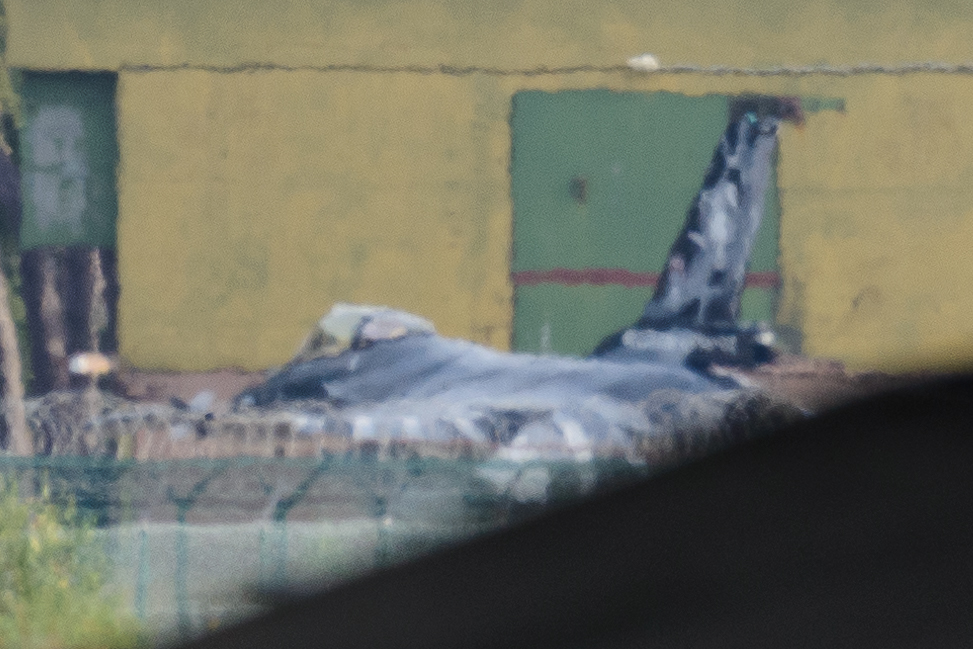 Here it is on Airfighters, arriving at KB on Saturday (which I apparently missed): 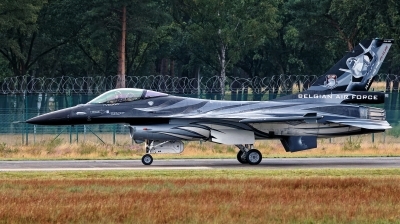 Quite a different tail from what it had before, as Frank already pointed out.

Seen today overhead NL this morning were 4x F-16 from KB. Per ADSB one flt was showing as FA-134 under BAF511. The other flt being the QRA shown as FA-123 under AL01. Did anyone get a visual ID on these, and did both flts return, or perhaps (one or both) went to the Baltics?