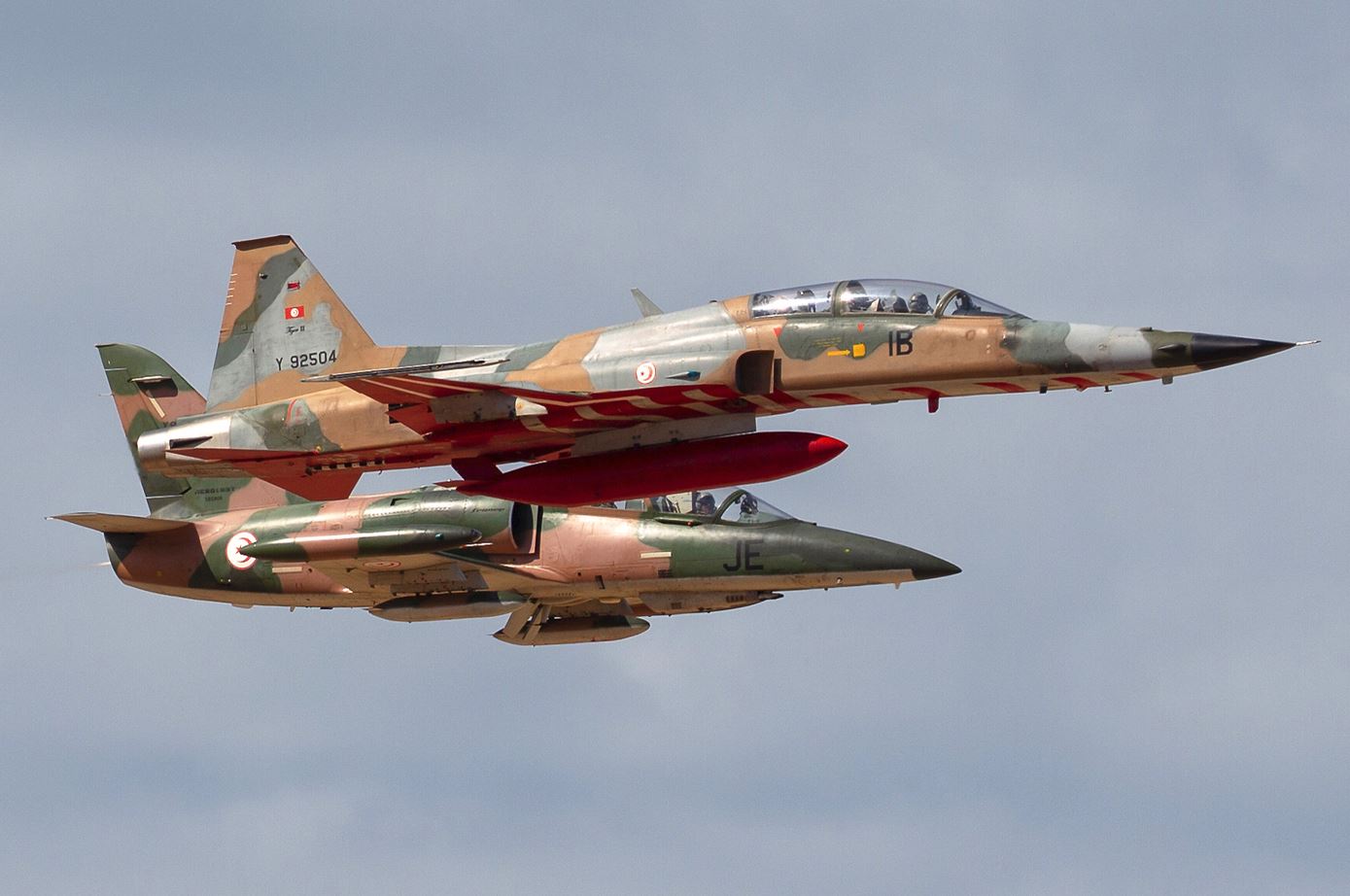 One of the last airshows before the COVID-19 crisis struck, was the International Aerospace & Defence Exhibition held at Djerba-Zarzis international airport, Tunisia. Of course all Tunisian military hardware can be designated as highlights, but the star of the show was the F-5F Y92-504/IB of 15 squadron that did a fly-by together with two L-59Ts of 13 squadron. (8 March 2020, Arnold ten Pas).

The first three days of the show were focused on trade, with the last two days accessible to the public as well. The first day of the show, IADE was officially opened in the presence of the President of Tunisia and commander-in-chief, Mr. Kais Saied. The opening was performed by a fly-by of a Tunisian F-5F from 15 squadron, flanked by two L-59Ts from 13 squadron.

Unfortunately, that was the only Tunisian Air Force participation in the air show until the second public day, when the fly-by was repeated, followed by a UH-60M demonstration. The air show consisted of performances by the F-16 of Solotürk and the Saudi Hawks.

Originally, more assets from the Tunisia Air Force were scheduled but these were cancelled. In the static show, the United States provided the majority of the aircraft, displaying a P-8, C-130J, KC-135 and two F16s. Besides that, the Tunisian Forces showed a C-130J, OH-58D and National Guard Bell 429.

The Turkish C-130s left on 4 March and returned on 8 March. The Saudi Hawks 8817 and 8821 were both seen in the static display, but on different days. That is why they are also mentioned on the flightline.