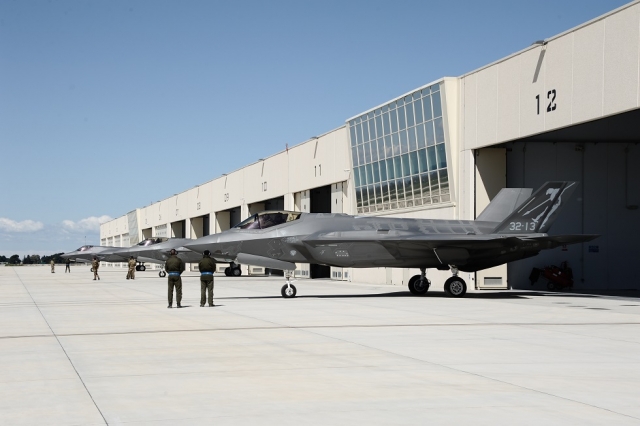 This exercise was already the fifth edition and was carried out in the continuation of operational training activities aimed at the integration and interoperability between 4th and 5th generation weapon systems, like the Lockheed Martin F-35A, F-35B, MQ-9 Predator and F-2000A/B Eurofighter.

Lightning II MM7335/32-13 is on the inventory of the 13° Gruppo (Squadron) of the 32° Stormo (Wing). The 13° Gruppo was formed during World War I and saw combat in World War II. In 2016, it was the first Gruppo (Squadron) in the AM and also in the European Air Forces to acquire the new fifth generation Lockheed Martin F-35A Lightning II. On 16 December 2016, the first two aircraft were delivered.

The Gruppo motto A testa sotto (head down) refers to the coat of arms of the forerunner 13° Gruppo Caccia Terreste, a definition used a the time to distinguish land based fighter units from the small number of Caccia Marittima - seaplane fighter - units, with the famous Don Quixote. Who, head down and launches in rest set off to bring down every evil force in the name of Dulcinea, who is a fictional character unseen in Miguel de Cervantes' novel Don Quijote. 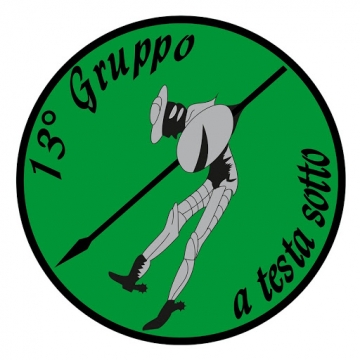 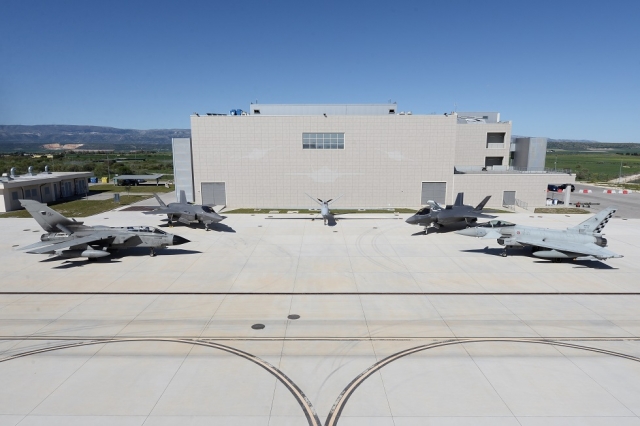 It is not the first special tail marking on an AM F-35A. In 2017, MM7336/32-05 of the 13° Gruppo was adorned with celebratory markings including the Italian flag along with a large 13° Gruppo’s Don Quixote emblem with the addition of the number hundred and the dates 1917-2017.