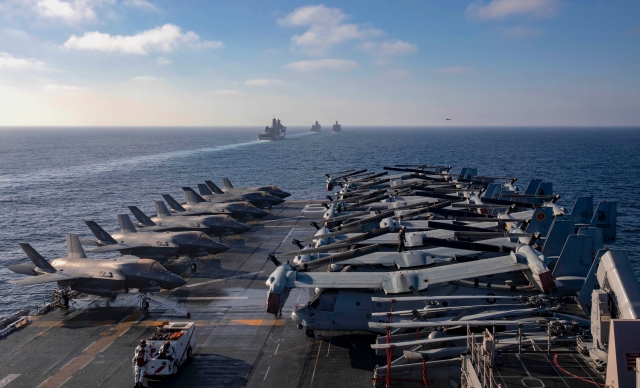 The USS Makin Island (LHD-8) with the embarked 15th Marine Expeditionary Unit completed their graduation exercise off the coast of Hawaii and officially deployed on 20 November 2020.

The LHD-8 is the flag ship of the Amphibious Ready Group (ARG) that consists of the USS San Diego (LPD-22) and USS Somerset (LPD-25). The three ships departed the US West Coast in October to complete the last set of exercises ahead of their deployment that will lead from the US 3rd Fleet to the 5th Fleet in the Middle East.

The deployment of the ARG is the first from the United States since the Bataan ARG returned in July with the 26th MEU embarked. The Japanese-based 31st MEU and the America ARG have deployed extensively in 2020 with USS America (LHA-6) making two extended patrols in the Western Pacific.