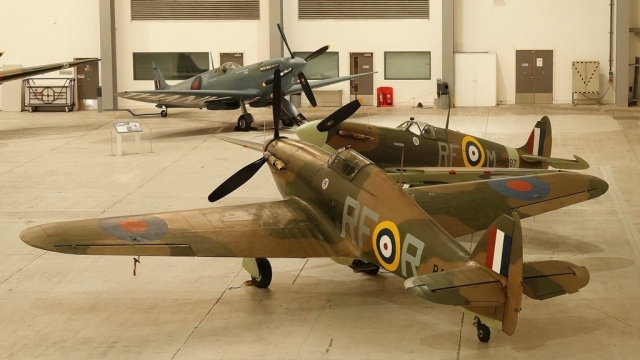 A tribute to Polish airmen

Thanks to our regular contributor David Whitworth we can show you interesting developments at the Historic Aircraft Collection based at Duxford (UK).

In August this year HAC unveiled one of their aircraft, Hurricane Mk.XIIb G-HURI, in new markings. It now represents R4175 “RF-R” of No. 303 (Polish) Squadron, as flown by Czech pilot Josef Frantisek from Northolt during the Battle of Britain.

One addition to the wartime markings is the Czech roundel on the starboard fuselage. Frantisek had fought with Czech, Polish and French units before continuing the battle from England. He was the highest scoring RAF 'foreign' pilot during the Battle of Britain but was killed at the age of 26, on 8 October 1940.

HAC recently undertook a similar action on their Vickers Supermarine Spitfire Mk.Vb BM597 (G-MKVB) It too has received the colours of No. 303 (Polish) squadron RAF. The aircraft which used to fly with code “JH-C” has now been painted as a rare Spitfire Mk.IIb with code “RF-M”.

The original “RF-M” was serial P8331 and adorned with the name “Sumatra”. The name indicates ties with the Netherlands East Indies as will be explained below. Spitfire P8331 was flown by Wg Cdr Piotr Łaguna, the CO of 1 Polish Fighter Wing. He and his aircraft were lost while attacking the Luftwaffe airfield at Coquelles near Calais on 27 June 1941. 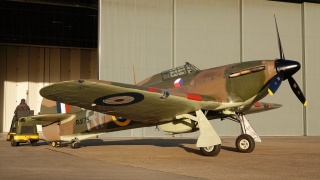 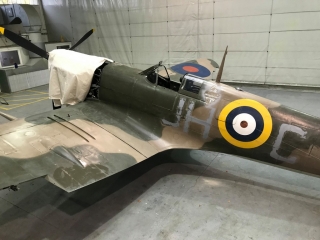 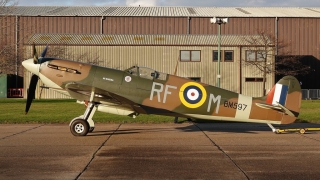 The interesting news is that there are plans to reconstruct the original Spitfire Mk.IIb P8331 (construction number CBAF.709). In 1986, a joint venture

between some local aviation archaeologists and the Calais War Museum (CWM) resulted in the recovery of about 40% of the wreckage comprising the engine, propellers, and prop hub, sections of the forward fuselage and cockpits parts. These parts form the basis for the reconstruction of an airworthy P8331.

The “Spitfire P8331 Restoration Project” has already secured a registration for their machine: G-KOSC. This registration refers to No 303 ‘Kosciuszko’ Squadron and the Polish pilots that flew her. The project is expected to start up the reconstruction within the coming six to twelve months. The ultimate goal is to fly it as part of a Polish Memorial Flight and take it to Poland in 2025 for the 85th anniversary of the Battle of Britain and the 80th anniversary of VE Day. 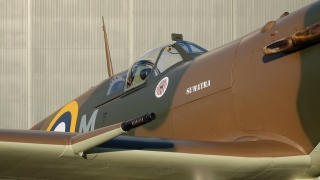 The original P8331 was adorned with the name “Sumatra”, one of the islands of the former Netherlands East Indies. The fighter was one of the so-called “Dutch Presentation Spitfires” aircraft that were funded by communities in the former Dutch colony. These fundraising activities, organised by the “Prins Bernhard Fonds” (a fund named after Prince Bernhard of the Netherlands) started in August 1940. In the period that followed, until the Japanese invasion, the fund managed to donate a total of 114 Spitfires to the British and Commonwealth forces! Most of these were adorned with the name that indicated their sponsoring community.