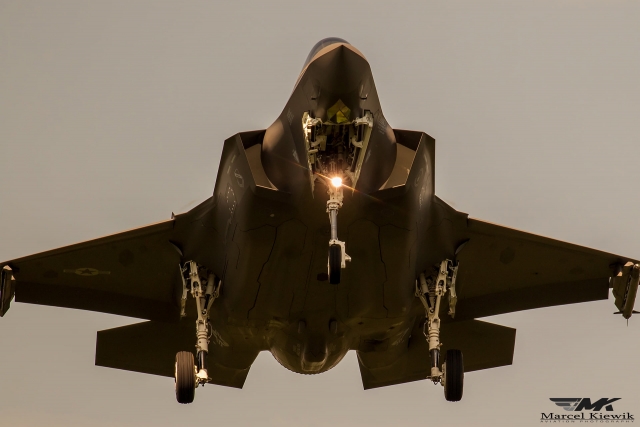 US Fiscal Year 2021 will probably see an additional spending of USD 1,7 billion to buy seventeen additional F-35s (twelve F-35As for the US Air Force and five F-35Cs for the US Navy and Marine Corps).

On 10 November 2020, the Senate Appropriations Committee revealed a USD 696 billion (!) defence budget. Including the aforementioned seventeen Lightning IIs, FY21 includes 96 F-35s, which are five more than the House originally proposed in July 2020.

The next step will be negotiations between all chambers of the Congress: the Committee, the Senate and the House.

The conclusion between the chambers will lead to approval of the final acquisition numbers, but the number will fall short of the 98 F-35s it purchased in FY20.

Going back to the original plan, the Pentagon requested 79 F-35s in FY21, 48 F-35As for the USAF, ten F-35Bs for the USMC and 21 F-35Cs for the US Navy and Marine Corps. In a statement of the Committee they released that “The Committee notes that the Department of Defence continues to request fewer than sixty F-35A variants and that the F–35B procurement profile was reduced to ten aircraft in the fiscal year 2021 President’s budget request, five fewer than were planned in the fiscal year 2020 President’s budget for fiscal year 2021”. The sixty F-35A Lightning IIs is the procurement goal of the United States Air Force.

Other specific items noted in the USAF part of the FY21 budget request are the EC-37B, an additional E-11A and the absence of extra C-130J Super Hercules transporters.

In March 2020, Scramble Magazine wrote about the EC-37B/Gulfstream G550 Electronic Warfare (EW) procurement doubt. This now appears to be correct. The FY21 budget approval appears to be just one aircraft.

Strikingly and not requested at first, one E-11A, a Bombardier Global-6000 derative, has now been approved as a replacement aircraft. At the end of January 2020, E-11A with serial number 11-9358, was destroyed while it crashlanded in Afghanistan.

The USAF has made no request for more Lockheed Martin C-130J Super Hercules transport aircraft. With more legacy C-130H Hercules aircraft being worn out due to the operational tempo and deployments, this now seems plausible. Congressional lawmakers have asked for more information on the future of the Lockheed Hercules as they would like to see the roadmap for this aircraft containing C-130 fleet management plans, theater and domestic airlift requirements, inventories, C-130H/J fleet mix, modernisation plans, and funding requirements through fiscal 2026. 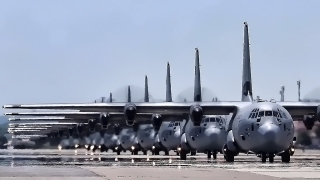