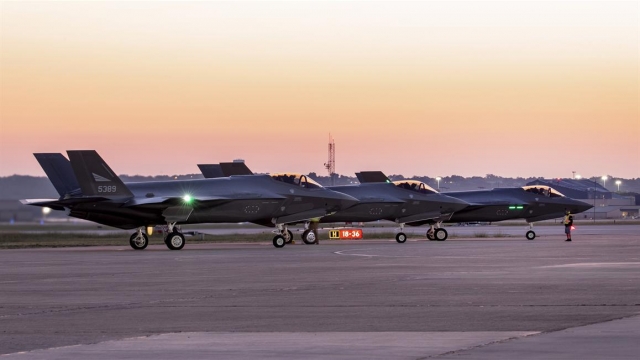 On 27 September 2020 at around 18:40 hrs LT, three F-35A Lightning II fighter aircraft (serials 5387, 5388 and 5389) were delivered to Ørland (Norway). The commander of 332 skvadron, Lieutenant Colonel Tron Strand, welcomed the new aircraft together with the Air Wing Commander, Colonel Øivind Gunnerud.

So far the Luftforsvaret (RNoAF, Royal Norwegian Air Force) received 28 aircraft, of which seven are operated by the 62nd Fighter Squadron "Spikes" at Luke AFB (AZ). The air force will continue its preparations and training towards full operational capability (FOC) in 2025.

In 2008, the Norwegian Ministry of Defence said it was planning to buy 52 Joint Strike Fighters, but that each year's purchase must be approved by Parliament. Norway participates in the F-35 program as a Level 3 partner in the system development and demonstration phase, with a view to enabling its industry to compete for industrial opportunities.

The Norwegian Air Force has decided to develop the Joint Strike Missile for the F-35 and other aircraft. On 14 June 2012, Norway placed an order for its first two aircraft, after receiving a promise of US support to integrate the Joint Strike Missile on the F-35. Norway received its first three F-35A Lightning IIs in-country in November 2017, and reached initial operating capability (IOC) in November 2019. 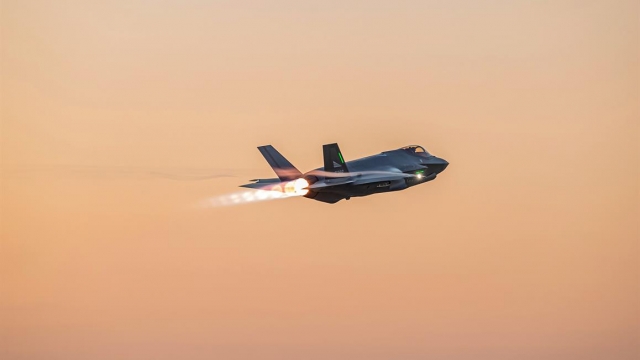