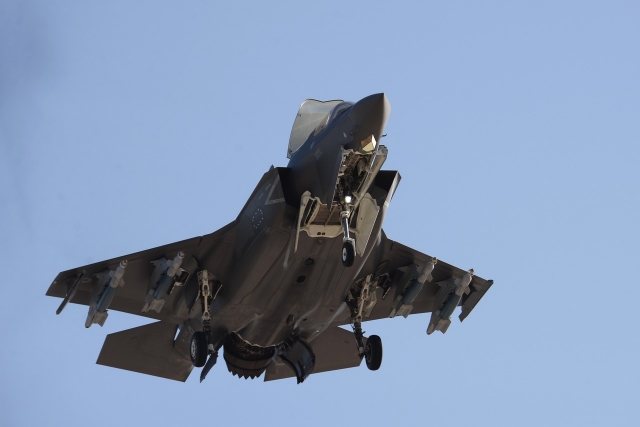 On 26 November 2020, there was another ‘first’ in the operations with the Lockheed Martin F-35A and F-35B Lightning II in the Aeronautica Militare (AMI, Italian Air Force).

No, both aircraft flew in the ‘Beast mode’ configuration, a relatively new word within the F-35 Lightning II community. The term ‘Beast mode’ is slang and refers to the aggressive, animalistic persona that one might assume when in competition or combat in order to overpower an opponent.

Lockheed Martin picked it up as a marketing tool to show the amount of firepower the F-35 can carry into the battle. It is not so often, the Lockheed Martin F-35 is seen with external pylons carrying heavy weapons.

The F-35 was designed as an advanced fighter platform using top-of-the-line stealth technology. By relying on stealth, the F-35 is able to fight like a sniper, identifying targets and engaging them from behind the horizon, often well before the enemy target is even aware of its presence. For not weaken its stealth characteristics, the F-35 carries its air-to-air missiles or two guided bombs. Those weapons are carried internally, ensuring the fighter can maintain its stealth profile as it enters and leaves the combat environment. 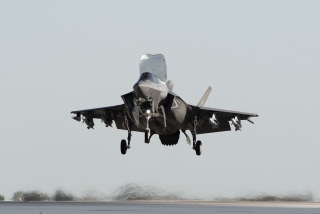 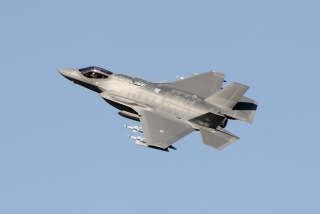 This made this training mission performed by the 13° Gruppo (Squadron) based at Amendola, in southeastern Italy, very special. Both the F-35A and F-35B carried four GBU-12s LGBs (Laser Guided Bombs) under their wings and was supported by the Reparto Sperimentale Volo (Experimental Flight Department) as part of the continuation of the OT&E (Operational Test and Evaluation) activities of the F-35 Lightning II. 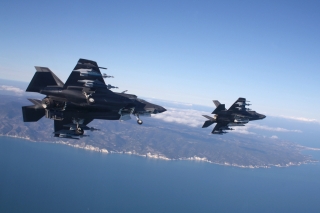 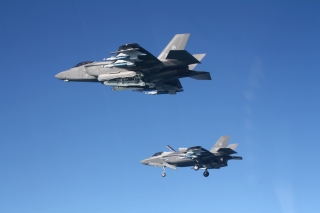 A sight to remember!