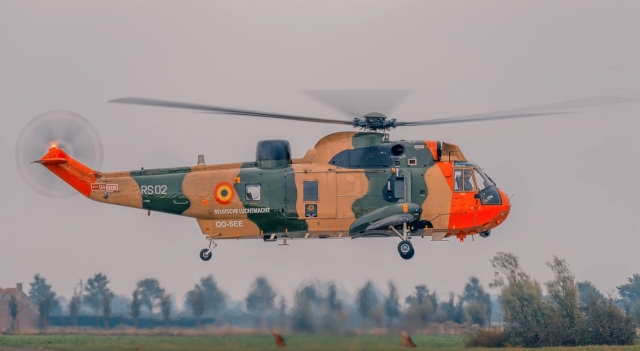 Belgian Sea King back in the air!

In the past months engineers of 40th squadron of the Luchtcomponent (Belgian Air Force) at Koksijde airbase have worked hard on one of their former helicopters. As the result of their ‘labour of love’, Sea King RS02 became airworthy again. It made its first flight in three years on 14 October 2021.

To enable the flight, the Sea King has been taken up in the Belgian civil register. It became OO-SEE, while its stablemate, RS04 became OO-KNG. In the coming days this second Sea King will also be brought back to airworthy condition.

Both former Belgian Air Force Sea Kings have been acquired by Historic Helicopters in Chard/Crewkerne, Somerset (UK). OO-SEE and OO-KNG are expected to fly out of Koksijde to their new home in the afternoon of Wednesday 20 October.