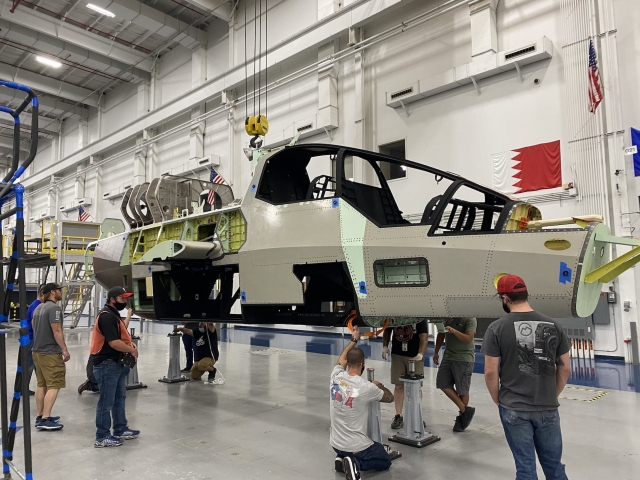 The team completed multiple design and risk reviews with the Army and is on schedule for all programme requirements. The Bell 360, a low-risk, high-speed platform with proven technology and inherently reliable designs, will deliver soldiers transformational operational capabilities at an affordable cost.

The FARA programme will fill a critical capability gap currently covered by AH-64E Apache attack helicopters teamed with Shadow drones following the retirement of the OH-58D Kiowa Warrior helicopters in 2017. The Kiowa Warrior was retired without a clear successor; three successive programmes were cancelled without reaching production; although the Army intended to perform a service life extension program for the OH-58 fleet in 2013, cuts to the defence budget forced its retirement. In lieu of the OH-58, the US Army has used AH-64 Apache attack helicopters paired with AAI RQ-7 Shadow drones in the armed reconnaissance role.

In March 2020, two of the initial five candidates were chosen resulting in Bell Textron and Lockheed Martin's Sikorsky to move forward to develop flying prototypes. Both companies are in a head-to-head competition to build prototypes and fly them beginning in November 2022. The number of FARAs needed by the US Army has not been reported yet.

The Army will pick one it wants to build for the force following the competitive fly-off period. Sikorsky pitched a coaxial rotor blade design based on its S-97 Raider that it is calling Raider X. Bell unveiled its design — the 360 Invictus — at the 2019 Association of the US Army annual conference.

According to Bell Textron, along with assembling the Bell 360, high-value components such as the main rotor gearbox, drive-shafts and couplings are being tested at Bell’s Drive Systems Test Lab (DSTL). The DSTL is used to carry out risk-reduction efforts that ensure the programme has accurate and verified data to qualify components in advance of flight test. A new FARA-specific Systems Integration Lab (SIL) is also operational at Bell. This facility allows Bell to integrate flight-critical components, software, and mission systems for testing, verification, and validation of functionality before they take flight on an actual aircraft. This approach reduces technical risk and aids in the safe, rapid, and efficient execution of flight test programme.