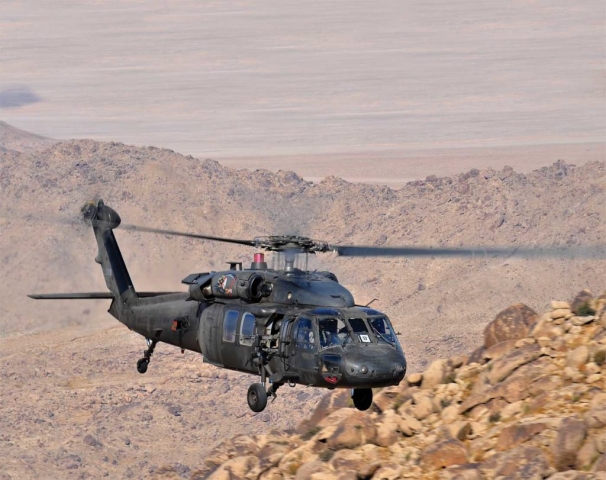 The three pilots did not survive the crash. Some fifteen minutes before the crash, the crew had a standard communication with Air Traffic Control. Once an emergency device aboard the helicopter was activated, a search and rescue team started emergency recovery work, that included air and ground crews. A Black Hawk that was used in the initial recovery attempt had to return to base due to poor weather in the region. Snow and a low ceiling of fog hampered that recovery flight and subsequent efforts to search for the victims. After the weather cleared, a second attempt - that also included Ground search crews from the National Guard and Idaho Mountain Rescue - was succesful. On 3 February around 00:15 hrs (LT) the recovery crews located the crash scene and the deceased aviatiors in a rugged and mountainous terrain. Members of the 160th Special Operations Aviation Regiment (SOAR) happened to be in Boise training with an MH-47G Chinook and were sent to help secure the crash site and recover the bodies.

The experienced crew (up to fifteen years of flight expercience and thousands of flight hours in their log books) and their UH-60 started their mission on 18.50 hrs (LT) and transited to the "nap of the earth" training area that is used for low flying training. The crew operated under Night Vision Goggles conditions. What went wrong is not clear yet, nor if the poor weather played a fatal role in the crash. There was no mayday, no declaration of emergency given by the crew.

At Boise Air Terminal/Gowen Field (ID) the 1st Assault Battalion, 183rd Aviation Regiment (UH-60L) that commands the Assault Companies Alpha, Bravo and Charlie of the Idaho ArNG is based. It is not clear if the crew and the helicopter belonged to this Regiment.

This Idaho crash followed the New York Army National Guard crash of 20 January 2021, in which also three crew were killed when their UH-60 came down near Rochester (NY). See Scramble News 21 January 2021.

Photo by US Army