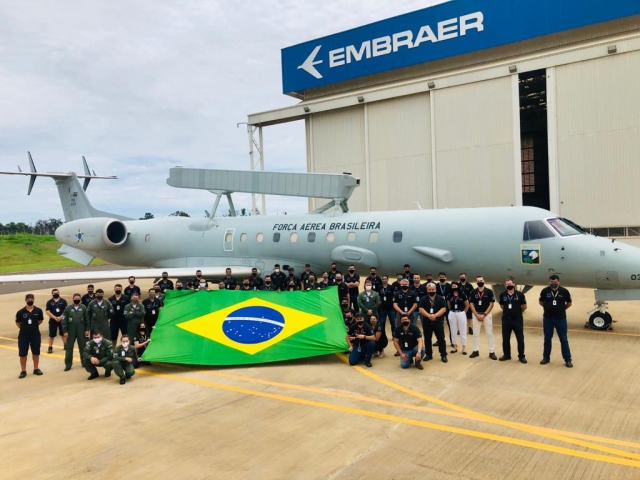 Busy times at Anápolis, where the Força Aerea Brasileira's (FAB, Brazil Air Force) Ala 2 not only received its fourth KC-390 but also the second upgraded E-99M.

This platform is based on the Embraer 145 jet and 6703 was formerly known as R-99A and later E-99. It is tasked with Airborne Early Warning and Control and has a distinctive roof mounted Erieye radar beam.