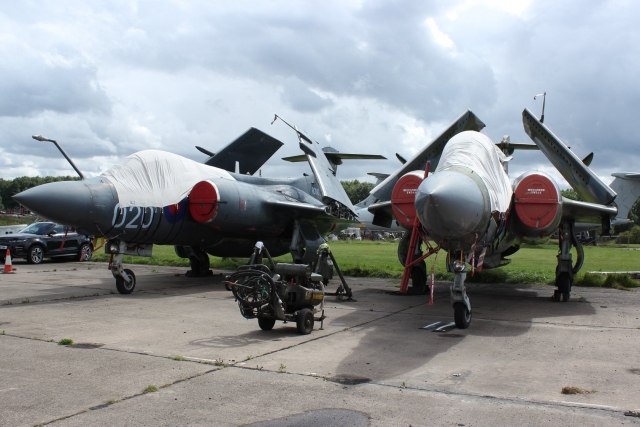 This morning, 21 August 2020, Cotswold airport in the United Kingdom (former RAF Kemble) saw the arrival of two Blackburn Buccaneers, as Gloucestershirelive reports. The aircraft, XW544 and XX894, are owned by the Buccaneer Aviation Group and were used for regular fast taxi runs at the airfield of Bruntingthorpe. Recent changes in the rental agreements of the airfield, with Cox Automotive being the new tenant, forced the BAG to find a new location for its machines. It received a warm welcome in the Cotswolds! On Thursday, after thorough preparations, both Buccaneers were loaded on two flatbed trailers. The following morning, on Friday 21 August, they took a 36 mile route from the north end of Gloucestershire, at the border with Worcestershire, down to the southern Cotswolds near the border with Wiltshire. A police escort was necessary along the motorway for around fourteen miles, the A417 for another fifteen miles and the remaining seven miles to the airport.

Obviously, the relocation to Cotswold airport was a costly operation which could not have been funded by the volunteer Buccaneer Aviation Group. And so BAG started a crowd funding, which, together with other donations, raised almost GBP 34,000; enough to cover the costs of transportation! Hopefully we will see Buccaneers XW544 and XX894 again soon, preferably doing their famous fast taxi runs! 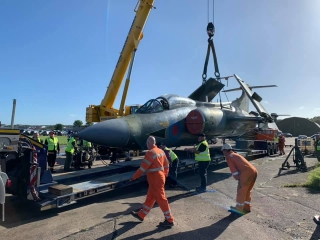 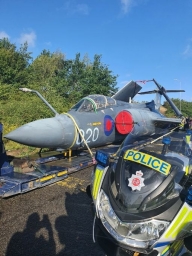 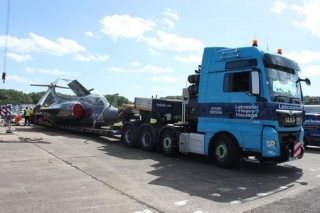 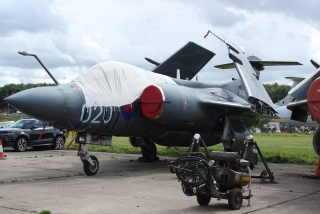