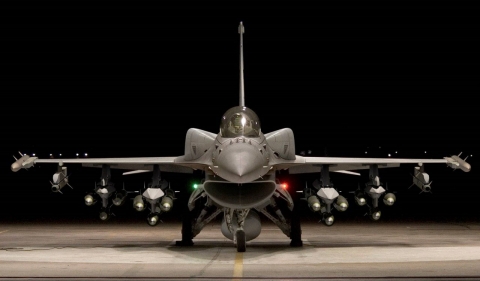 On 20 August 2021, the Bulgarian Defence Minister Georgi Panayotov told in a parliamentary hearing that Bulgaria released a Letter of Request (LOR) for a Letter of Offer and Acceptance (LOA) for a second batch of eight F-16 Block 70 multirole fighter aircraft for the Bulgarski Voenno Vzdushni Sili (BVVS, Bulgarian Air Force).

According to the minister, the request also included air-to-air and air-to-ground weapons packages, as well as logistics, training, and aircraft maintenance equipment.

In July 2019, Bulgaria signed up for eight F-16 Block 70 fighters. In April 2020, Scramble Magazine reported that Lockheed Martin Aeronautics, Fort Worth (TX), was awarded a USD 512 million contract for the construction of eight F-16 Block 70s for the Republic of Bulgaria. This Foreign Military Sales (FMS) contract included USD 4,1 million worth of pre-priced options.

The air force's current development plans call for the fielding of a single squadron equipped with the type.

Bulgarian legislation requires a structured investment plan for each defence procurement project exceeding USD 60 million. This plan requires government and parliamentary approval before an actual deal can be reached, including an agreement with a binding signature. Panayotov was invited to a parliamentary hearing after it emerged earlier that the Ministry of Defence intends to release a LOR for an LOA for another batch of eight F-16s.