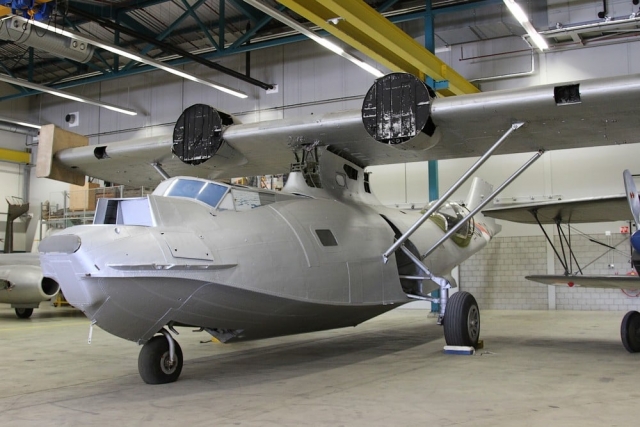 Catalina on the move

Consolidated PBY-5A Catalina 16-212 will soon leave the storage facility of the “Nationaal Militair Museum” (National Military Museum) at Soesterberg, the Netherlands. This amphibian is the sole remaining Catalina in the Netherlands, and a genuine former Marineluchtvaartdienst (Royal Netherlands Navy) machine. It used to be on static display in open air (from 1984), but it has been stored under a roof in recent years, without undergoing any necessary restoration. Now, the time has come for a thorough restoration by the volunteers of the Dutch “Stichting Neptune Association”. Since the NMM (National Military Museum) lacks the required space, the restoration will take place in the “Nationaal Transport Museum” in Nieuw-Vennep, the Netherlands. Visitors of this museum will be able to follow the restoration, which is planned to take some four years.

In the coming days, volunteers of the “Stichting Neptune Association” will further prepare the Catalina for its journey to Nieuw-Vennep, which is scheduled for Thursday 27 August. Loading the amphibian will start at 07:30 in the morning and the transport is expected to reach its destination by 15:30 in the afternoon. The convoy's exact route had not been decided yet, as the choice depends on traffic.

The “Stichting Neptune Association” already has ample experience in the restoration of Catalinas. A while ago, its volunteers fully restored fellow PBY-5A PH-PBY back to airworthy condition. As most of you will know, PH-PBY, flying in Marineluchtvaartdienst colours as “16-218”, used to be owned by the “Stichting Catalina” or “Catalina Foundation". It was sold to the Collings Foundation in New Smyrna Beach (FL). Ever since PH-PBY left the country in May 2019, the remaining Catalina 16-212 has become an even rarer object!

The museum Catalina was built in 1944 and bought by the Marineluchtvaartdienst. After a major overhaul it was taken on charge as P-212 in May 1952. It was used for transport duties in New Guinea until January 1954 and then returned to the Netherlands as 16-212. After three years of SAR activities it was taken off charge and displayed in a playground in Hoeven. The museum acquired the PBY-5A in 1984. 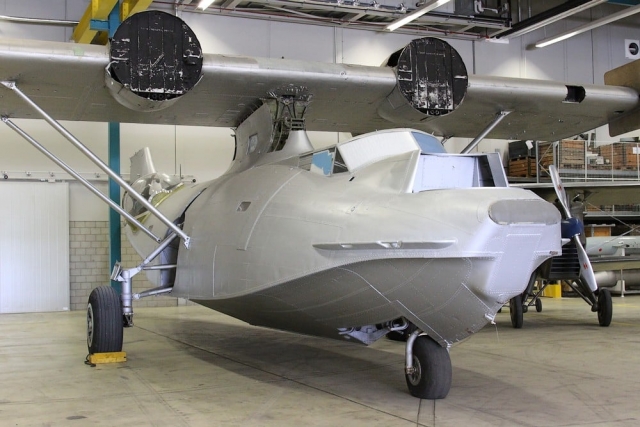