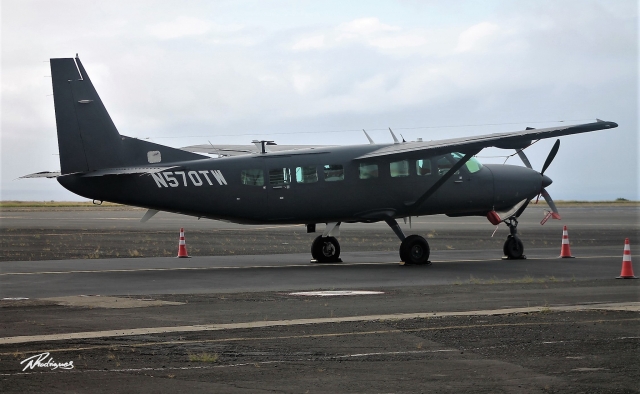 Late September 2020, a dark green Cessna Grand Caravan EX, with registration N570TW, appeared at Luqa, Malta, for a night stop. It was not a big surprise as many Cessna 208s have stopped here before. The Grand Caravan was on a ferry flight towards the Middle East.

Another two Cessna 208s, registrations N571TW respectively N572TW, followed mid-October and late November 2020. And number four, N573TW,  seems about to make the journey before the end of November all the way from Florida to an obscure air base in the desert of the United Arab Emirates as well. A fifth Cessna 208B, registration N574TW, is undergoing modifications and testing at this moment. The main question is, who is the customer?

The latest version of the Textron Aviation Cessna 208 these days, the Ce208B Grand Caravan EX, is built at Independence Municipal Airport (KS). This version of the Grand Caravan has a powerful Pratt & Whitney Canada PT6A-140 (867 shaft horse-power) driving a four bladed McCauley propeller.

According to the Scramble Magazine database, the details of the aircraft involved are:

As can been seen in the overview, the five Caravans - after manufacturing and first flights - have been ferried from Wichita (KS) or direct from Independence (KS) to Space Coast Regional Airport, Titusville (FL). There they spend considerable time with MAG Aerospace. The “first flight” date and subsequent analysis of the flights is based on various Automatic Dependent Surveillance Broadcast (ADS-B) websites.

MAG DS CORP DBA, the parent company in Fairfax (VA), is listed as the owner. The following quote is from their website: "MAG Aerospace’s Mission Integration Division in Titusville (FL), is currently under contract with the US Government and international customers to provide MC-208 Multi-role Armed Caravan aircraft and support for ISR, Armed Recce, Air Mobility, and Precision Strike mission sets. MAG’s Titusville (FL) location completes the integration of these aircraft in our 50,000 sq ft Integration and Maintenance hangar at Space Coast Regional Airport".

Before the ferry flight from Florida via Bangor, Santa Maria, Malta, Hurghada to Al Bateen, and eventually Sweihan Air Base, they seem to prefer Albert Whitted Airport near St. Petersburg (FL) as the starting point.

With regards to the modifications made by MAG Aerospace, the three that have crossed the pond so far, do not seem to have underwing hardpoints for external weapons or a forward-looking infrared or optic turret installed. They are in a dark green military all over scheme and the American N-registration, in white, seems a temporary fix. They do sprout some extra antennae on the fuselage and the cargo door on the aft end of the left fuselage is modified with a roll up door suited for parachute dropping. As the airworthiness is classified as experimental they carry lettering as such on the fuselage as well.

Scramble Magazine assesses the Grand Caravans are destined for the United Arab Emirates. We have noted an, what was once a relatively small, air strip in the desert some 35 kilometres north north east of Abu Dhabi International Airport growing into quite a large facility. This facility is now known as Sweihan Air Base (ICAO four letter code OMAW) and sports a massive 3,800 meters runway (13/31) and has huge facilities like massive ramps, multiple hangars, and fighter aircraft sheds. Nearby are, again, what seem to be massive ammunition parks, housing and billeting facilities including extensive small arms ranges and helicopter pads all over the place. It is known that the Group 22 Joint Aviation Command (JAC) moved their DHC-6-400 Twin Otters and Cessna 280Bs there, but the sheer size of facilities seem a bit over the top for just another five Caravans.

It has been suggested the five Grand Caravans are for an US government agency, but we still assess they might be destined for Group 22 JAC. 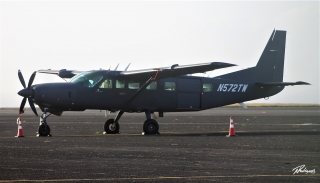 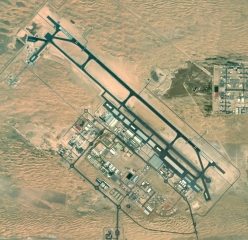 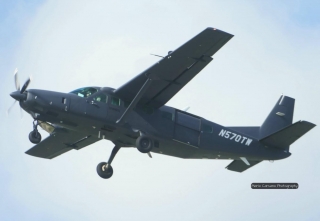