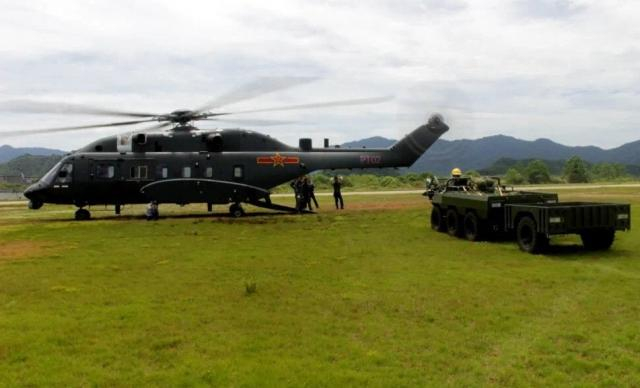 For the first time the Chinese have revealed Z-8L, which is the latest evolution of a helicopter design that once started life as the Super Frelon. Although it was first thought that the main feature would be a wider cabin design, it now seems that the main change is the lowering of the cabin floor which will provide easier access and egress during combat operations. For this the sponsons had to be enlarged so that they now also house the fuel that used to be stored under the cabin.

As a result also the total airframe height is reduced, providing a sleeker appearance. The revelation was done during slung load testing with the second prototype serial PT02.

It is believed that the helicopter is powered by new turboshaft engines (WZ-7?) and as a result can be operated from hot and high conditions. The Z-8/Z-18 series is a design and product of 602 Institute/Changhe Aircraft Industries Corporation (CAIG). 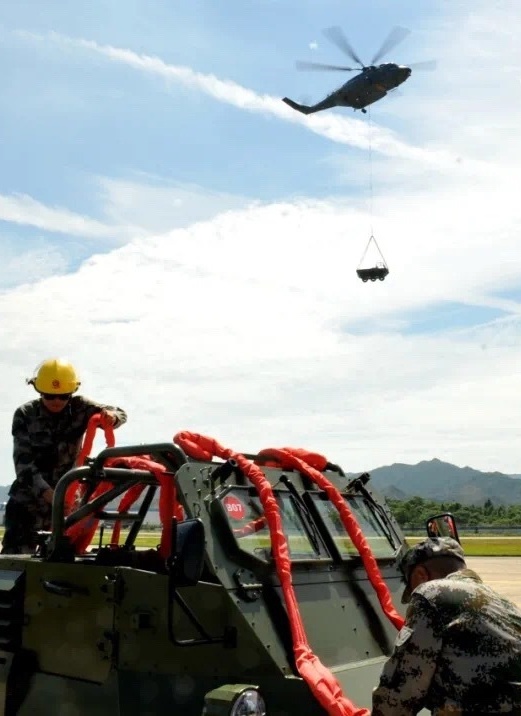