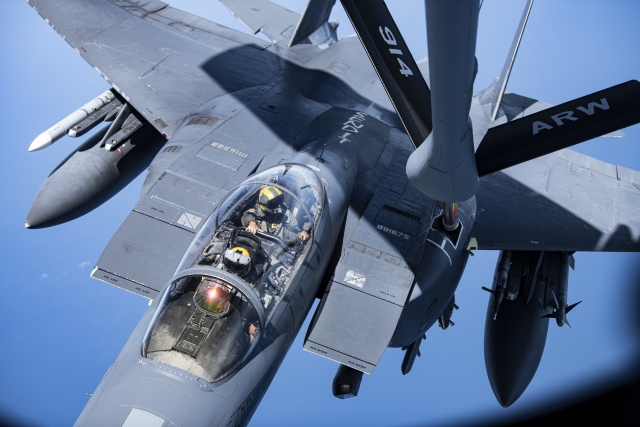 Checkered Flag, one of the US Department of Defense’s largest air-to-air exercises, is a two-week long, large-scale aerial exercise designed to integrate fourth and fifth-generation airframes to enhance mobility, deployment, and employment capabilities of aviators and maintainers.

Checkered Flag 21-2, held primarily at Tyndall AFB (FL) from 10 until 21 May, focused on air dominance operations. The two-week long exercise focused on the integration of the F-22A Raptor and F-35A Lightning II with fourth generation aircraft (including the F-15E Strike Eagle, US Navy F/A-18E Super Hornet, and others) in Large-Force Exercises (LFEs).

More than 115 aircraft and 15 joint squadrons from across the US participated in the exercise, with 71 of those aircraft and 2,000 personnel operating out of Tyndall. Multiple F-22As and F-15Es would be expected to fight together in real world Defensive Counter Air (DCA) conflicts, but they don’t train together frequently. Checkered Flag allows these units to (perfect) fighter integration across these platforms. Also, the location of Tyndall AFB provides a premier site for the exercise. With unhindered access to more than 180,000 square miles of airspace over the Gulf of Mexico, participants can take-off and get into the fight quickly.

There is not any civilian traffic, Tyndall has two runways, and the airspace to the south is unencumbered. The location of all the surrounding units, such as F-15C/Ds from the Louisiana Air National Guard in New Orleans (LA) and the tankers in Jacksonville (FL) are also ideal. Tyndall sits in the middle and other units that play wrap around us. 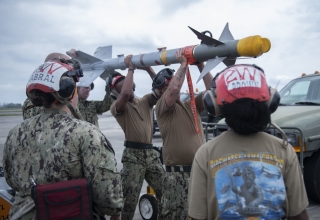 While Tyndall housed the majority of the exercise aircraft and personnel, there are no facilities large enough for all the players to gather for mission planning. With units operating out of Cecil Field near Jacksonville (FL) and Eglin AFB (FL), players divided into different locations allowing for participants to plan missions via video teleconference before meeting in the air.

Over the course of fourteen days, players in Checkered Flag flew a combined 882 sorties, 692 originating out of Tyndall AFB. Additionally, 54 missiles were fired under WSEP with more than 100 first-time shooters participating.