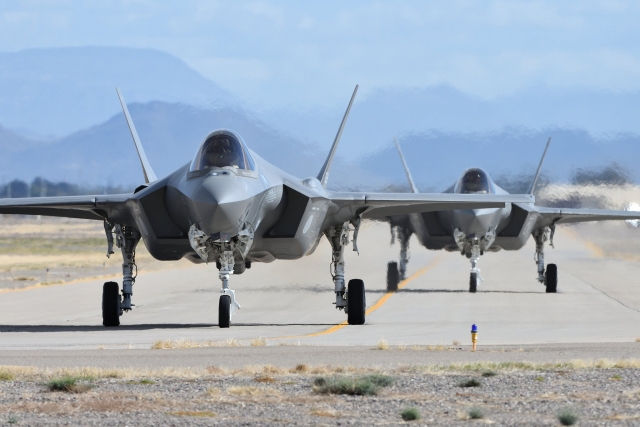 Chitose or Komatsu air base?

The Japanese Ministry of Defence has added a new acquisition cost (40,2 billion yen, USD 379 million) for four F-35As in the 2021 budget request, these are number 44 to 47 ordered by the JASDF. Currently, the F-35 is deployed at the Japan Air Self-Defense Force (JASDF, Japan Air Force) Misawa Air Base in the Aomori Prefecture, but the aforementioned Lightning IIs are planned to be deployed to a second F-35A air base in Japan.

As the number of F-35s wihin the JASDF is increasing, the F-35s may be deployed at bases other than Misawa. Local assent for this is required, and the specific deployment destination has not been decided yet, but it is rumoured that these will be Chitose (*) and/or Komatsu (**).

Currently, seventeen F-35As are deployed at Misawa, and there will be about twenty in Q2/2021. As soon as the operational test phase is completed, including SCRAMBLE tasks, the Lightning II will be declared Full Operating Capablility (FOC) within the JASDF.

The Japanese government will procure in total 147 F-35s, and it is expected that besides the F-4E Phantom II, also F-15s will be replaced. As the Eagles, based at Chitose (Hokkaido Prefecture) and Komatsu (Ishikawa Prefecture) are reported by unconfirmed sources as not be part of a modernization programme in the future, one of both bases is now, on the grapevine, next in line to accept F-35 operations. As known, the JASDF will partly modernize its Eagle fleet (***), Naha (Okinawa Prefecture) is expected to receive the first upgraded F-15s, as this base executes the most SCRAMBLE-missions to Chinese and Russian aircraft. 301 Hikotai at Hyakuri air base is planned for transition to F-35A by early 2021 and will move to Misawa for that retrain. It will take a while before 301 is combat ready, and only from that moment, Eagle units are slated for transition.

As Japan also bought the F-35B, the location where these will be based is not decided yet.

*** In October 2019, Japan requested the USA for an upgrade package for 98 F-15Js, worth USD 4,5 billion. The programme will upgrade the F-15J interceptors to a “Japanese Super Interceptor (JSI) configuration,” which will see the addition of an advanced electronically scanned array (AESA) radar, new mission computers and electronic warfare equipment, as well as the integration of new munitions.