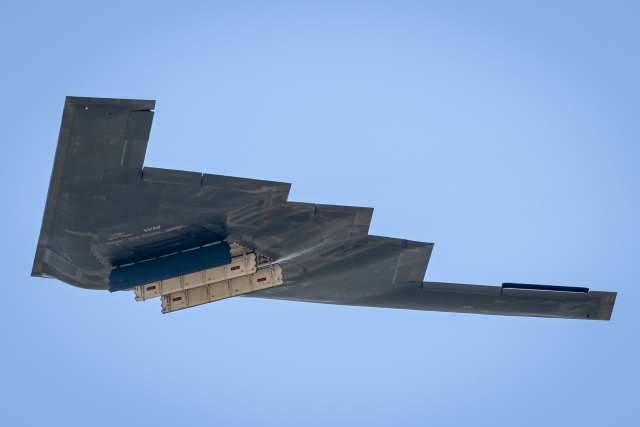 During this edition, Hill AFB hosted F-16s from the 55th Fighter Squadron out of Shaw AFB (SC) and AC-130J Ghostriders from Hurlburt Field AFB (FL). Local F-35A Lightning IIs from the 34th Fighter Squadron also participated as did several B-2A Stealth Bombers that flew their sorties from their home at Whiteman AFB (MO).

This version of Combat Hammer was unique for two reasons: over 50% of the evaluations were done at night and for the first time in history, AC-130s from Air Force Special Operations Command (AFSOC) participated in the evaluation.

“Through having units from AFSOC participate, we are able to collect more data and give our Airmen a different feel and perspective of their job,” said Staff Sgt. Trisha Himes, weapons systems evaluator, 86th FWS. “It’s really unique to have a gunship involved and see how they operate.”

During the WSEP West evaluation various weapons, such as GBU-31, GBU-39, AGR-20, AGM- 88, AGM-114, and AGM-167s were released. “This weapons system evaluation is crucial training for our maintainers to build and load weapons and generate sorties, and for our pilots to employ live munitions with the desired effect in a simulated contested environment,” said Capt. Buck Horn, F-35 pilot and 34th FS project officer for Combat Hammer.

WSEP West is hosted by 86th FWS. The squadron is part of the 53rd Weapons Evaluation Group based at Tyndall AFB (FL) and it evaluates the reliability, maintainability, suitability, and accuracy of operationally fielded precision-guided, and high technology weapons against realistic targets protected by realistic enemy defenses. 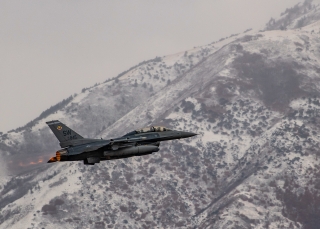 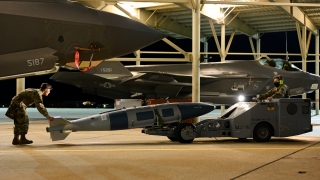